SEOUL, Jan. 3 (Yonhap) -- President Moon Jae-in's chief policy adviser held a closed-door meeting with senior executives of Samsung Group and other conglomerates in late December, the presidential office said Thursday, in an apparent effort to prop up the slowing economy.

The presidential office Cheong Wa Dae has been spurring efforts to boost the slowing economy and increase cooperation with the corporate sector, with Moon entering the third year of his presidency. Moon took office in May 2017.

Kim Soo-hyun, the presidential chief of staff for policy, and Kim Kwang-doo, vice chairman of the National Economic Advisory Council, a presidential advisory panel, held a breakfast meeting with senior officials at family-controlled conglomerates or chaebol in late 2018, according to Moon's office.

The meeting was aimed at listening to the economic hardships facing businessmen and their opinions about the Moon government's signature economic policy, including the income-driven growth, officials said.

A presidential official said the participants included vice chief-level executives at Samsung Group; SK Group, the country's third-largest conglomerate; and LG Group, the fourth-largest player. He did not elaborate on their names.

"The chief policy adviser Kim's meeting with businessmen is not an unusual act," Cheong Wa Dae spokesman Kim Eui-kyeom said in a text message to reporters.

"Kim will have a luncheon meeting with businessmen as well. His dialogue with companies will continue," he added.

The presidential office and the government are facing the urgent task of propping up the slumping economy and boosting job creation.

The Korean economy is expected to grow 2.6 percent to 2.7 percent next year amid a slowing global economy and U.S.-China trade disputes, the finance ministry said.

But hikes in the minimum wage, a key element of the policy, have had an unintended impact on hampering job creation as smaller firms and mom-and-pop store owners are firing part-time and temporary workers.

In a special meeting with top business leaders Wednesday, Moon said that investment is essential in boosting the economy, vowing efforts to provide support to companies for more investment.

The presidential spokesman said that Moon is pushing for a town hall meeting with chiefs of conglomerates and midsized enterprises at Cheong Wa Dae in mid-January. Details about potential participants have yet to be revealed.

"The meeting is aimed at helping vitalize economic momentum and establish an environment favorable to corporate investment," Kim said.

"The format of a town hall meeting will be helpful for businessmen to voice their opinions freely and candidly," he added.

Cheong Wa Dae also said it plans to invite around 200 businesspeople from small and medium-sized businesses and joint companies next Monday to exchanges views about economic situations. 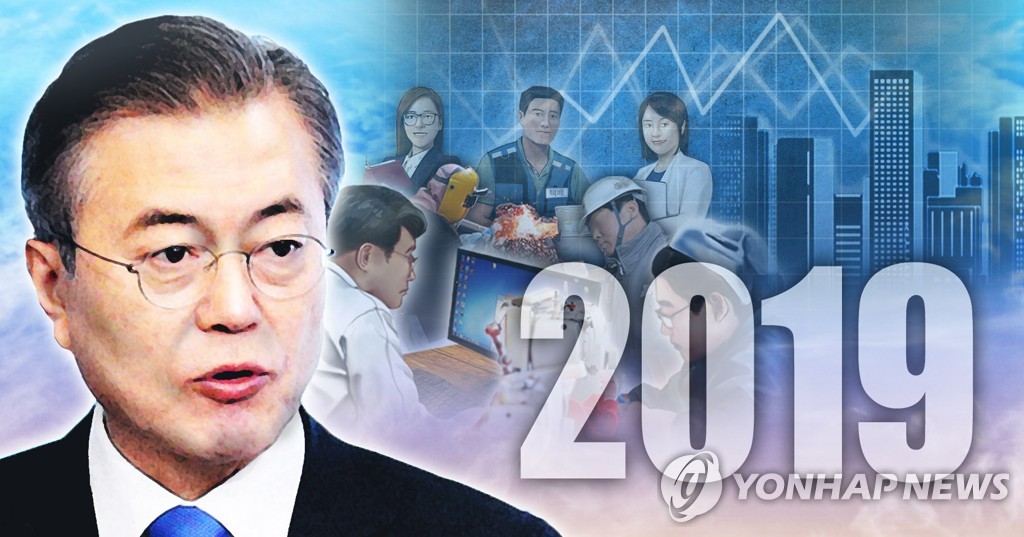