ABU DHABI, Jan. 3 (Yonhap) -- With a key continental tournament just around the corner, the starting goalkeeper job for the South Korean men's football team remains very much up for grabs.

These three were also on South Korea's World Cup team in June in Russia, with Jo starting all three group matches and emerging as an unlikely star in a 2-0 shock win over Germany. 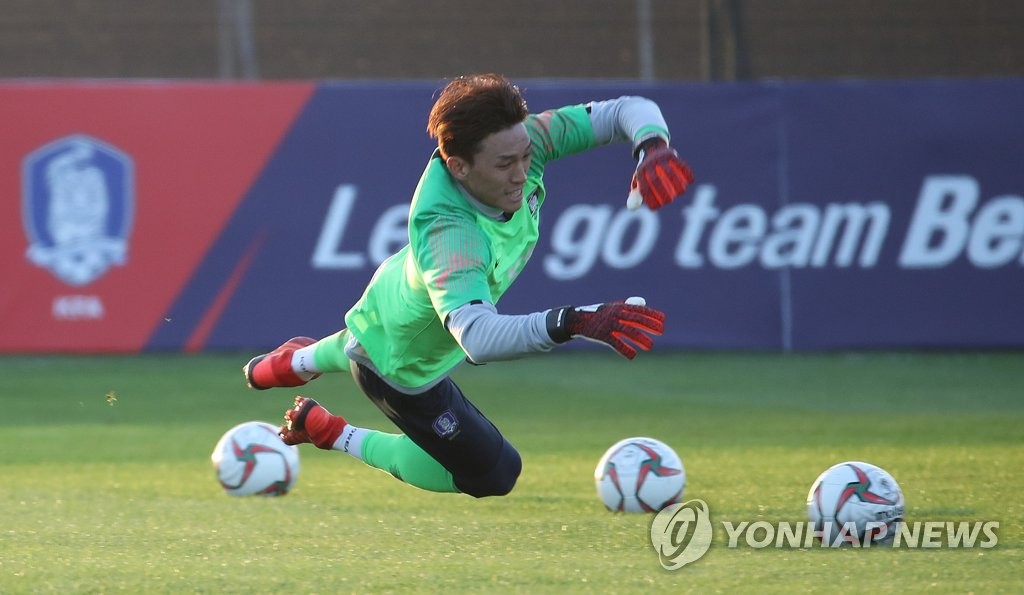 But in seven matches since Bento took over last summer, Kim Seung-gyu has made the most starts -- four -- followed by Jo with two matches and Kim Jin-hyeon with one.

At 37 caps, Kim Seung-gyu also has the most international experience, followed by Kim Jin-hyeon with 16 caps and Jo with 11.

31-year-old Kim Jin-hyeon is the oldest of the bunch but has more Asian Cup experience than the other two. He beat Kim Seung-gyu for the starting job at the previous Asian Cup in 2015 and led South Korea to the runner-up finish behind Australia while allowing only two goals in five matches. Both of them came against Australia in the championship match, and Kim posted four consecutive clean sheets prior to that.

This time around, Kim Seung-gyu appears to have the inside track for the job, after starting in South Korea's final pre-Asian Cup tuneup match on New Year's Eve against Saudi Arabia.

But he was barely tested in the match, which ended in a scoreless draw, and Jo may get another look in the group stage, which opens with Monday's game against the Philippines in Dubai, before Bento makes up his mind.

At the 2015 Asian Cup, Kim Jin-hyeon and Kim Seung-gyu split the first two matches, before then head coach Uli Stielike ran with Kim Jin-hyeon the rest of the way.

One national team official wouldn't rule out the possibility that the goalkeeping situation will play out much the same way this time.

"Honestly, it's difficult to tell from practices which one will be our starter," the official said. "The competition is really tight. It'll be interesting to see what Coach Bento will ultimately decide to do." 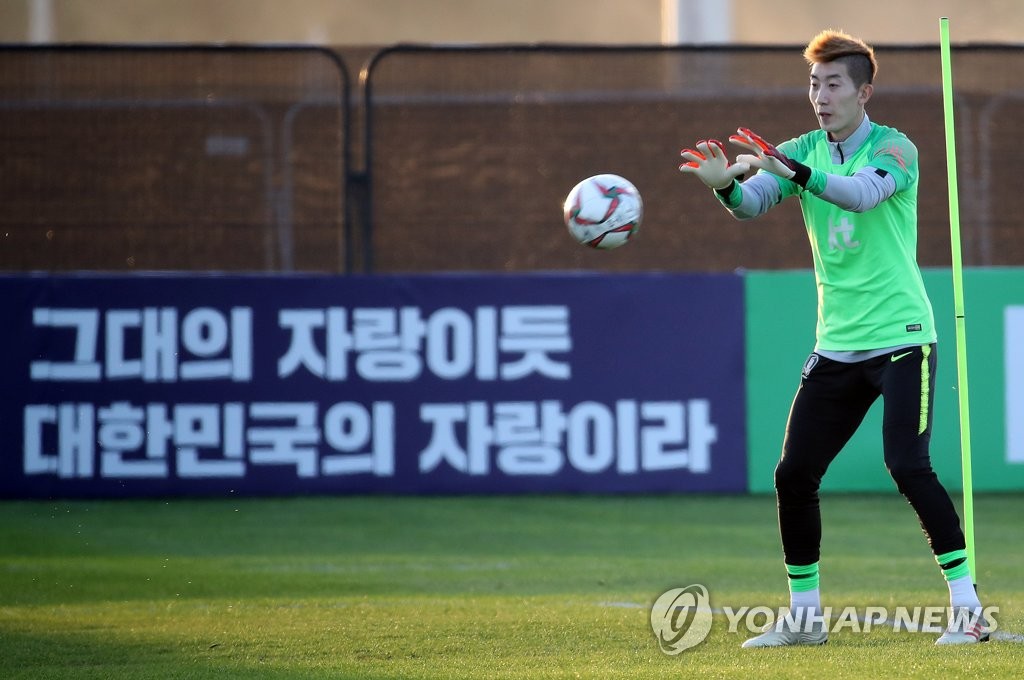 S. Korean starting goalkeeper job up for grabs ahead of Asian Cup

S. Korean starting goalkeeper job up for grabs ahead of Asian Cup