At the top of the agenda will be the potential formation of a combined Korean team at the 2020 Tokyo Olympics.

Sports officials from the two Koreas have agreed to field joint teams in Tokyo, and they'll have to decide in which sports they will bring the athletes together. 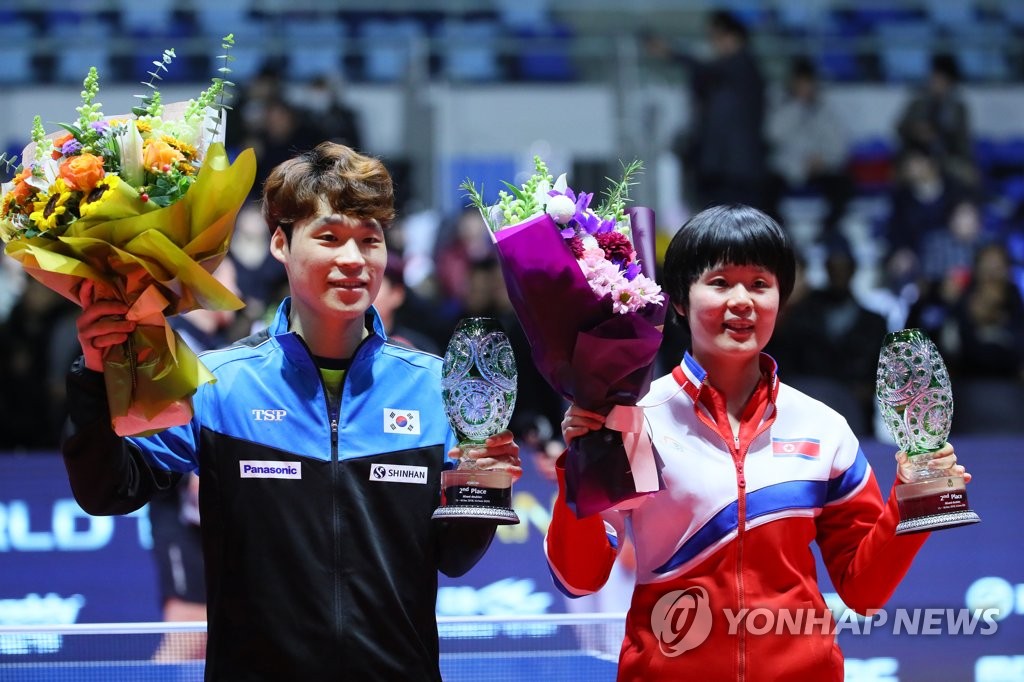 Table tennis appears to be a logical candidate, given recent history for the Koreas. They had joint teams at the world team championships last May, the Korea Open in July and the International Table Tennis Federation (ITTF) World Tour Grand Finals last month in Incheon, just west of Seoul.

Table tennis is also the first sport where the Koreas had a combined team at an international event, having done so at the 1991 world championships in Japan.

Among other summer sports, the Koreas had joint teams in women's basketball, rowing and canoeing at the Asian Games in Jakarta last summer. They'll have one Korean team playing at the men's handball world championships starting next week in Germany.

The Korean Sport and Olympic Committee (KSOC) has asked national sports federations to determine by Jan. 11 whether they'd be willing to have joint teams at Tokyo 2020.

An official with the KTTA said the key will be to ensure South Korean players won't have to cede their Olympic spots to make room for North Koreans.

"We won't necessarily try to reach a conclusion at this meeting. We'll try to form a consensus and determine where we stand on the issue."

The team events will have 16 countries in the field, and the mixed doubles will feature 16 pairs. For individual events, each country will have up to two members.