"There are concerns over a clearer slowdown in the global economy," Bank of Korea (BOK) Gov. Lee Ju-yeol said in a meeting with leaders from the financial industry. "We have to put more emphasis on risk management."

He noted that the ongoing trade dispute between Washington and Beijing, U.S. monetary normalization and financial jitters in emerging countries are major headwinds that the South Korean economy will face in 2019.

"Our weakness could be inflated in the case of poor external circumstances," he said. "We should check vulnerable areas and make more efforts to improve financial soundness and resilience."

Private and state-run think tanks and investment banks have come up with gloomy growth outlooks for Asia's fourth-largest economy in 2019, citing slowing exports and corporate investment.

The government-run Korea Development Institute said the South Korean economy will pull off 2.6 percent growth this year, while Moody's had a forecast of just 2.3 percent.

Meanwhile, the BOK anticipated the economy will expand 2.7 percent in 2019, while the finance ministry expected 2.6-2.7 percent growth. 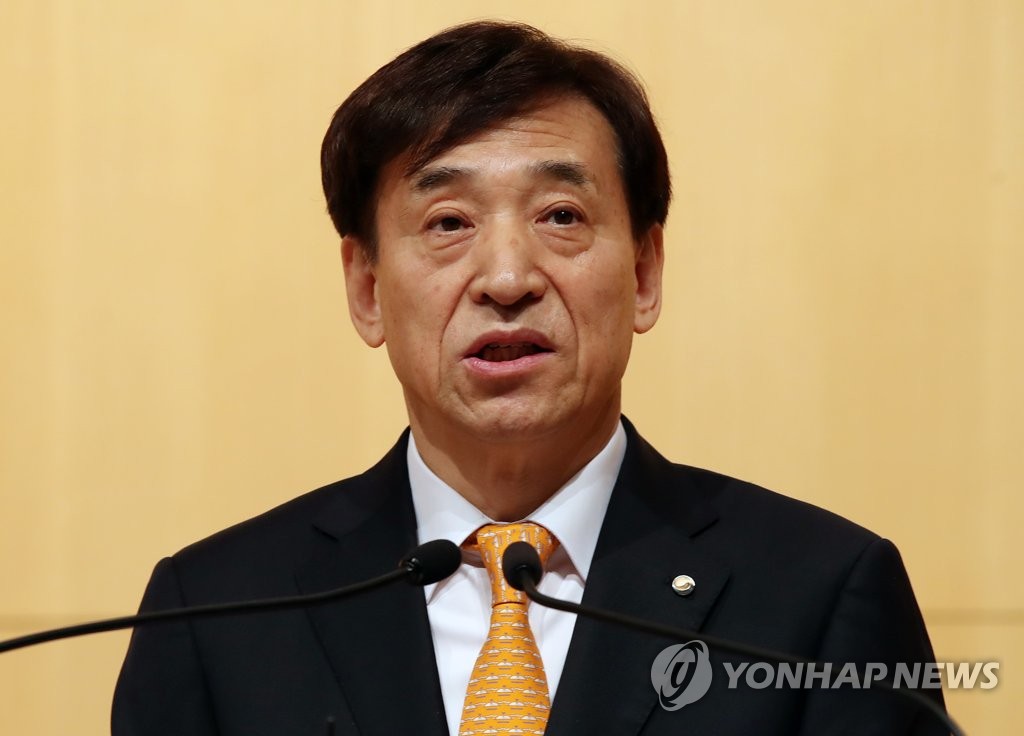