Morais was named the new boss of the reigning K League 1 champions in November. He signed a two-year contract and became the first foreigner to lead Jeonbuk.

"I'm happy to start this year with Jeonbuk," Morais said at a press conference at Jeonju World Cup Stadium, Jeonbuk's home ground, in Jeonju, some 240 kilometers south of Seoul. "After coming here, I can see why Jeonbuk are considered the best football team in Asia." 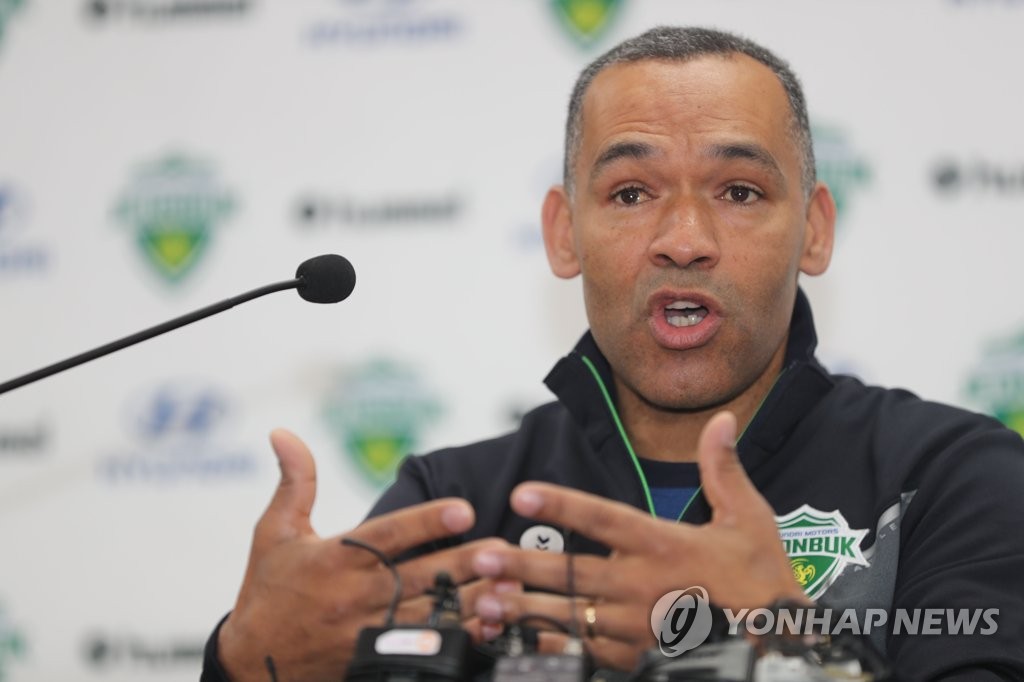 The 53-year-old Portuguese head coach said he wants to make new history for Jeonbuk by pulling off the "treble," or capturing the league, domestic cup and continental club titles in one season. No K League club has done it.

"My goal is to achieve the treble by winning the K League 1, the (South Korean) FA Cup and the AFC Champions League," he said. "I heard that Jeonbuk have never done that, so I want to open a new history."

The Portuguese pair achieved a treble with Inter Milan in the 2009-10 season, where they claimed the Serie A, Italian Cup and the UEFA Champions League titles. They then moved to Spain and guided Real Madrid to both a league and a domestic cup title.

Morais said he texted Mourinho before the press conference, and the former Manchester United boss told Morais he could visit South Korea to see Jeonbuk play.

"(Mourinho) congratulated me and wished me the best to achieve a good result with the club," he said. "Mourinho also told me he could visit here to watch Jeonbuk's match." 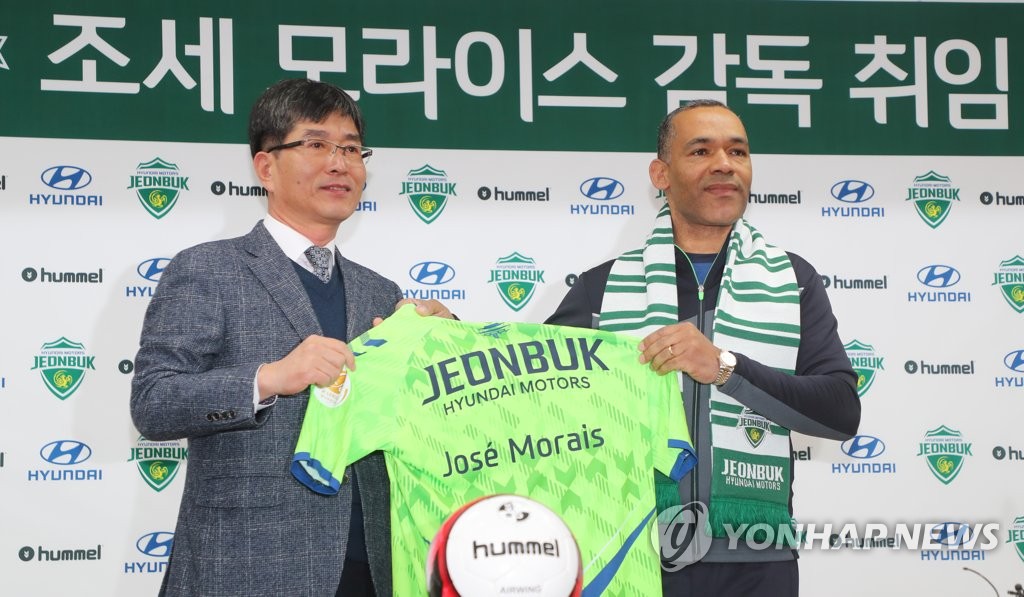 Morais said he will not make a big change to Jeonbuk's aggressive style of play. Jeonbuk were the highest scoring team in the K League 1 in each of the past three seasons.

"I don't want to lose Jeonbuk's color," he said. "I want to boost Jeonbuk's strength and will try to minimize their shortcomings."

Morais said he will try to meet Jeonbuk's goal, which is to become a club that can be recognized outside Asia.

"I want to expand Jeonbuk's global presence," he said. "This team had a very clear goal for the future, and that's why I selected this club. South Korean football also produces quality players, and Jeonbuk have many good players. I think they can play high quality football like in Europe."

Morais brought two Portuguese coaches with him -- Dimas Manuel Marques Teixeira, simply known as Dimas, and Joao Cunha, who will work as a physical conditioning coach. Both men worked for Morais at Barnsley and Karpaty Lviv.

They will work with homegrown assistant coaches Kim Sang-sik and An Jae-seok and goalkeeping coach Lee Kwang-suk.

Jeonbuk have already begun their training for the 2019 season. Their squad will train in Kagoshima, Japan, from Tuesday to Feb. 2. 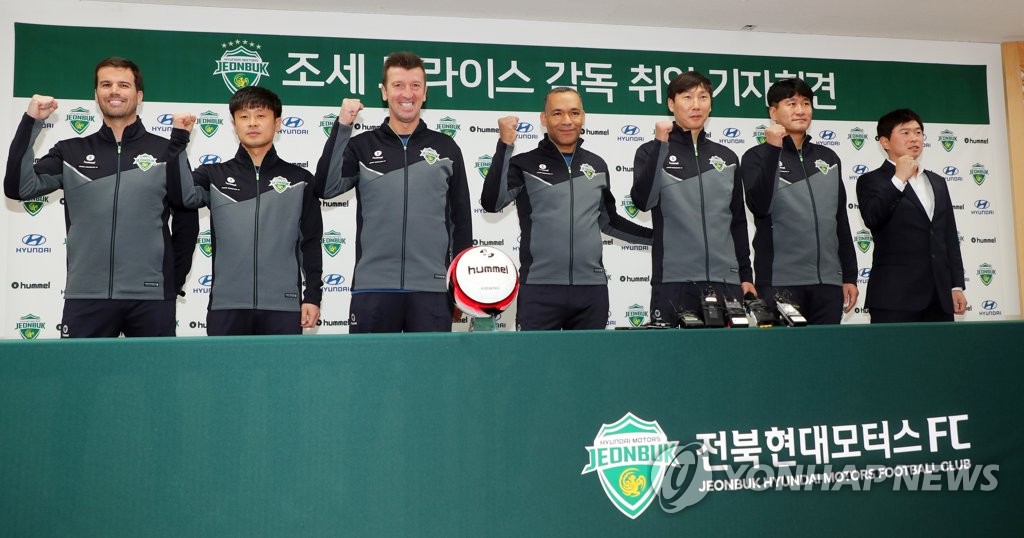 Morais' arrival follows the appointment of his Portuguese compatriot Paulo Bento, who took the South Korean national team helm in August. Bento's side is currently in the United Arab Emirates (UAE) to prepare for the AFC Asian Cup. Morais said that, as a Portuguese, he wants Bento to achieve good results.

"I know who (Bento) is, but I don't know him personally," he said. "But it's good to hear that a coach from my country is doing well. I hope he can also pick lots of players from Jeonbuk in the future."