SEOUL, Jan. 3 (Yonhap) -- Celltrion Healthcare, an affiliate of one of South Korea's leading biopharmaceutical firms, said Thursday that the market share of its biosimilar drug Truxima surpassed 35 percent in Europe during the third quarter.

The average market share of the biosimilar came to 36 percent in five European countries -- France, Italy, Germany, Spain and the United Kingdom -- during the July-September period, the healthcare company said in a press release.

The drug is based on Rituxan, originally developed by Swiss pharmaceutical giant Roche Holding AG, the Celltrion Inc. affiliate said.

After Truxima began selling in Britain following approval from a European regulator, the drug expanded to the 18 nations, including Germany, France and Italy. The drug is set to be sold in 22 European countries in the first half of this year.

In February 2017, the European Medicines Agency (EMA) accepted Celltrion's application to sell the antibody biosimilar, which is used in the treatment of a number of diseases, including rheumatoid arthritis and non-Hodgkin's lymphoma, a type of leukemia.

The drug is sold in the European countries at a discount compared to the current list price of Rituxan, the company said. 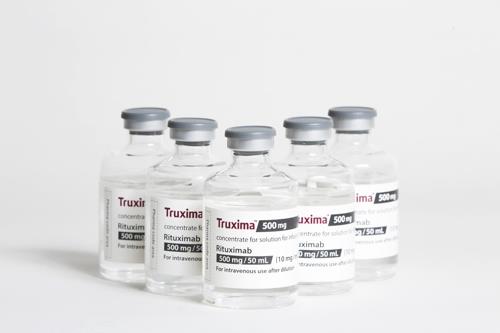