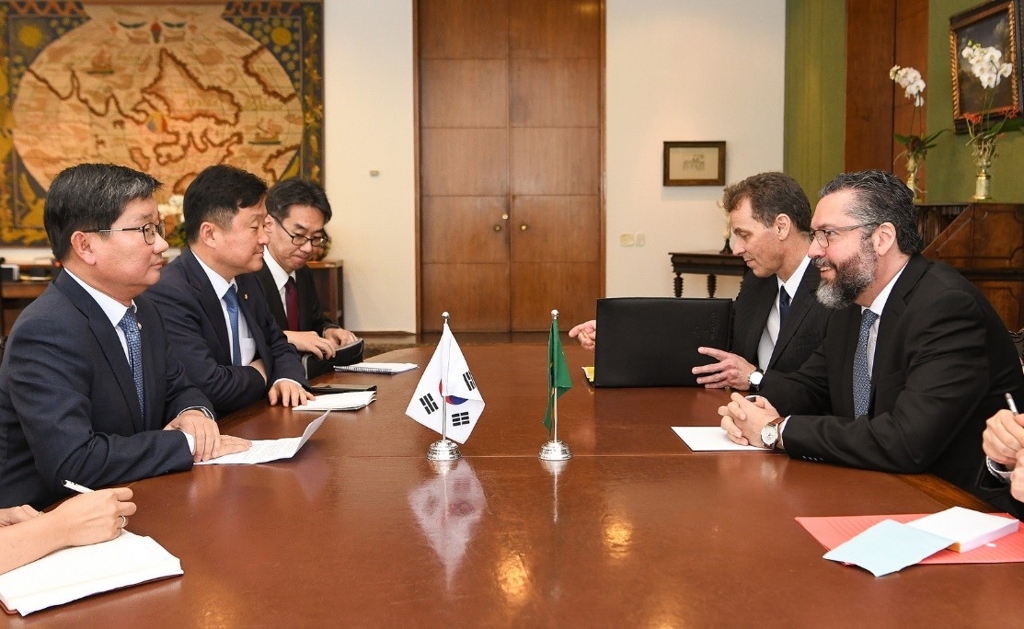 Jeon served as Moon's special envoy to the ceremony held in Brasilia on Tuesday, accompanied by Rep. Choi In-ho of the same party.

Jeon also requested Brazil's active role in efforts to reach a trade agreement between South Korea and MERCOSUR. The first round of negotiations took place in Uruguay in September.

The minister agreed to seek closer partnerships with South Korea, calling it a role model for his country's economic development, according to the ministry.