SEOUL, Jan. 3 (Yonhap) -- South Korea's defense ministry tried Thursday to calm a renewed controversy over its approach toward two deadly military provocations by North Korea in 2010, while many conservatives here remain skeptical about a nascent peace process on the peninsula.

Defense Minister Jeong Kyeong-doo has come under criticism for his vague remarks on the incidents during a television talk show aired Tuesday.

He raised the need to "move forward to the future" and requested public understanding on the issue, when asked if North Korean leader Kim Jong-un should apologize for the attacks before his much-anticipated trip to Seoul.

"The sinking of the Cheonan and artillery provocation on Yeonpyeong are obviously North Korea's military provocations, and we reiterate that our position remains unchanged that the North must take responsible measures," the ministry said in a text message sent to reporters.

"Our military will make all-out efforts to maintain a readiness posture to ensure that there will never be incidents like the Cheonan sinking and artillery provocation, which threaten the lives and the safety of citizens," it added.

Critics of the liberal Moon Jae-in administration suspect that it may be seeking to water down its conservative predecessors' earlier demand that Pyongyang offer a formal apology for the provocations and take measures to prevent any recurrence.

They argue the Moon government is currying favor with Pyongyang in order to continue dialogue despite no substantive progress in denuclearization efforts. 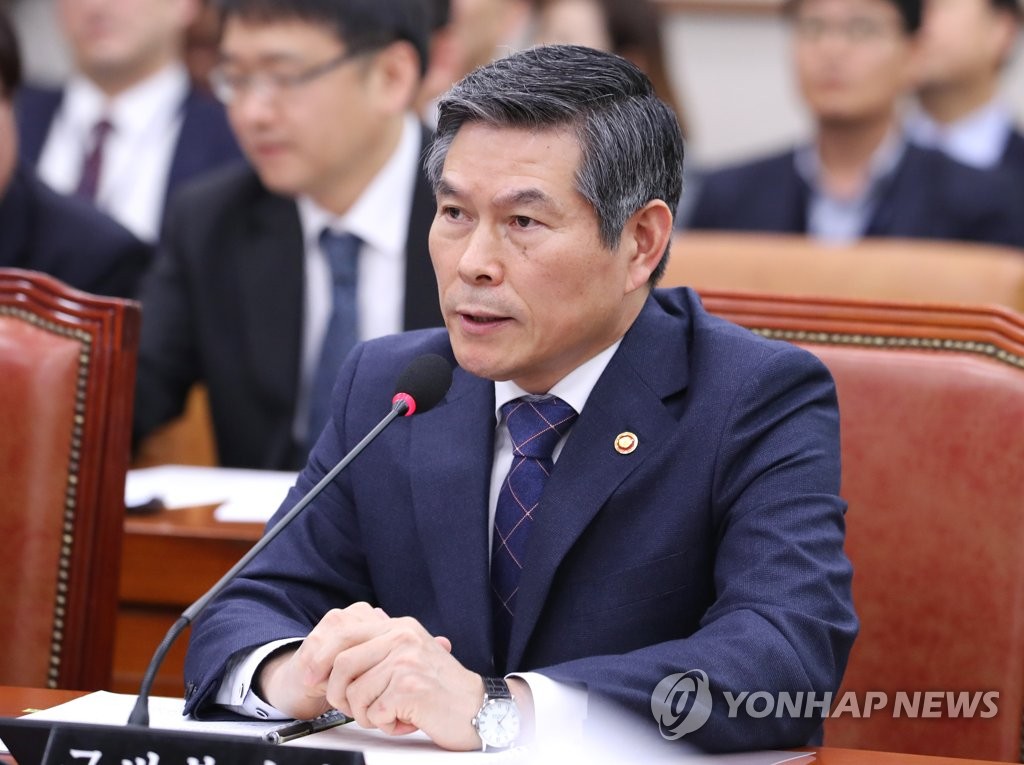