SEOUL, Jan. 3 (Yonhap) -- Since she is still just 22 years old, it wouldn't seem too far-fetched to say South Korean golfer Lee Jeong-eun has a whole career ahead of her.

But as she's about to embark on a new chapter this year on the LPGA Tour, Lee has already drawn herself a finish line: She only wants to play until she's 30, and that's it.

Lee held a press conference in Seoul on Thursday to discuss her immediate future as an LPGA rookie. Lee won the LPGA qualifying tournament, called the Q-Series, in November to earn full-time privileges on the world's top women's golf tour. Lee has little left to prove on the Korea LPGA (KLPGA) Tour, where she was the Rookie of the Year in 2016 and then the Player of the Year in 2017. She captured the money and scoring titles in both 2017 and 2018. 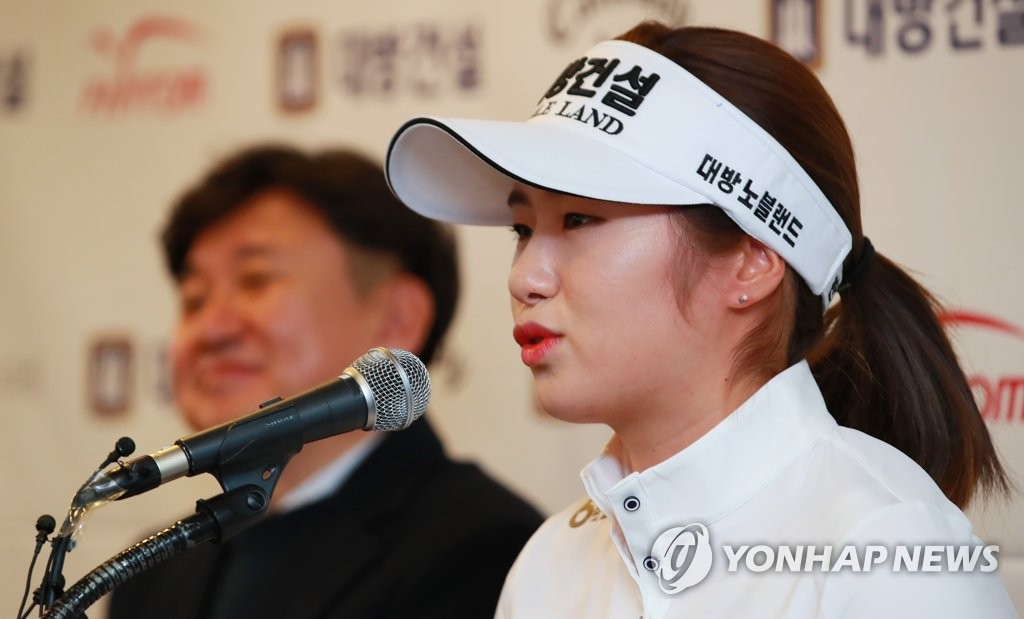 And perhaps reaching those dizzying heights has taken its toll on Lee, who said she will be "too exhausted" to play beyond 30.

"I have no intention of playing golf for a long time," Lee said with a smile. "I've heard people say I may change my mind once I get there, but for now, I just want to play until 30."

Financially, Lee is already quite secure. Lee has made a little over 2.1 billion won (US$1.8 million) over the past two seasons playing golf, and she has raked in millions more in endorsement deals. When you're young and rich, finding that extra gear could be a challenge.

And that's one major reason why Lee has much admiration for South Korean veterans who have remained competitive for more than a decade.

Asked to pick her role model, Lee said there were too many to choose from but reeled off names like Park In-bee, Shin Ji-yai and Ahn Sun-ju, citing their longevity, perseverance and consistency.

Park, 30, is the most decorated of the three. She's already an LPGA Hall of Famer and has won more major championships than any other South Korean, with seven to her name. The former world No. 1, who joined the LPGA in 2007, currently sits at No. 4.

Shin, also 30, became the first Asian to reach No. 1 in the world rankings in 2010. She gave up her LPGA membership in 2014, putting her 11 victories and two majors behind her, in order to play full-time in Japan and stay closer to home. The move raised more than a few eyebrows, but Shin, who has been playing pro golf since 2005, has carved out a strong career in Japan, with 16 victories since 2014. 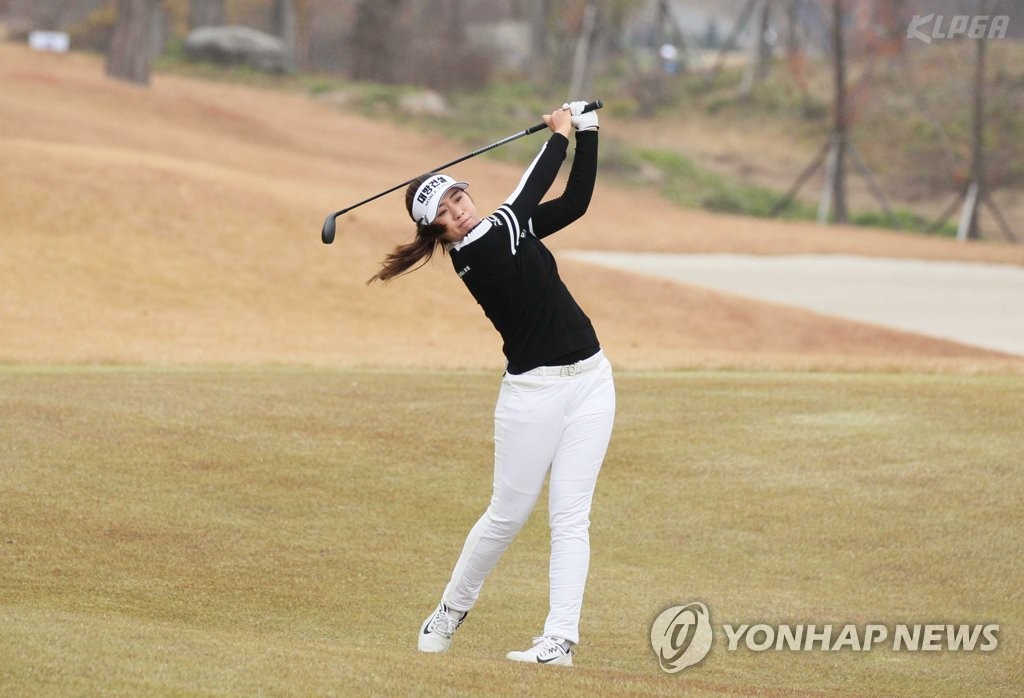 Then there is Ahn, who has won four money titles and 28 tournaments in Japan, both all-time highs for a South Korean player. The 31-year-old, who matched a career high set in 2014 with five victories in 2018, is one of the best players not currently on the LPGA Tour. She will enter her 14th professional season in 2019.

Lee said she couldn't imagine how difficult it must be for those players to keep putting in the work year in and year out.

"They've accomplished so much over such a long career, and I think they've all set great examples for younger players to follow," Lee said. "You can learn a lot just by watching the way they keep climbing up the stairs with a new sense of purpose and passion every year."

Lee said she isn't particularly close to other South Korean players in the LPGA and she hopes to start making some new friends. Lee and Park have the same agency, and Lee said she has spoken to fellow Korean player Ko Jin-young, the 2018 LPGA Rookie of the Year, about the life on the tour there.

"She told me the tour feels like a collection of good, nice people," Lee said. "I am looking forward to playing in that kind of environment."

Just 22, LPGA rookie Lee Jeong-eun not looking to play beyond 30

Just 22, LPGA rookie Lee Jeong-eun not looking to play beyond 30