Lee was named the new boss of Suwon in December after signing a two-year contract. It will be Lee's first head coaching job in South Korea, after stops in Singapore and China.

"I do have an ambition as a head coach," Lee said at Suwon's club house in Hwaseong, south of Seoul. "I first want to compete at the (Asian Football Confederation Champions League). I will do my best for Suwon to qualify for the tournament."

Suwon failed to earn a spot for the 2019 ACL after finishing sixth in the K League 1 last year. South Korea has 3.5 slots for the premier Asian club football tournament. The top three clubs from the K League 1 -- with the third place getting a playoff spot -- and the South Korean FA Cup champions advance to the ACL. 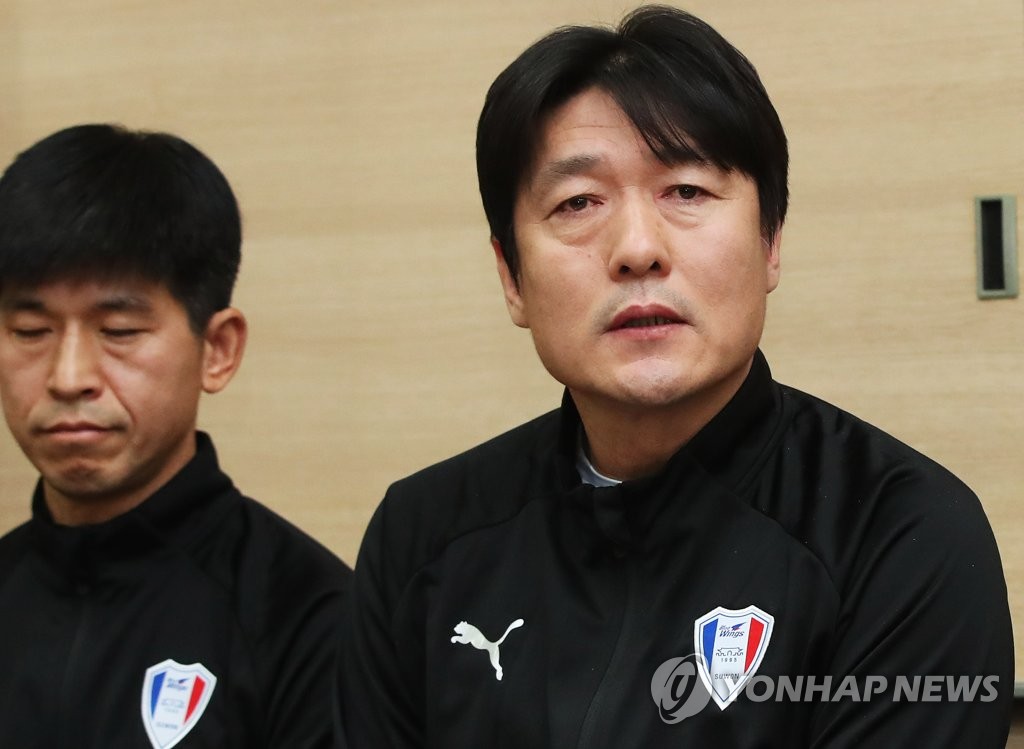 Lee once played for Suwon, the two-time continental champions. After hanging up his boots in 2003, he worked for Suwon as a trainer and was promoted to assistant coach in 2006.

"It feels like I've returned to my hometown," he said. "But I need to figure out how to display good performances to fans. They will know our style of play when the season begins."

Lee was a renowned defender during his playing career, representing South Korea at the 1998 FIFA World Cup. The 47-year-old said he will first shore up Suwon's defense.

"I will first spend a lot of time beefing up our defense," he said. "I and my assistant Ju Seung-jin were defenders in the past, so to improve our offense, we also hired (former striker) Park Sung-bae as an assistant coach."

Lee has replaced Seo Jung-won, who served at Suwon from 2013. Seo quit in August, only to return to the post in October to manage the club for the remainder of the 2018 season.

For the 2019 season, Lee said he requested the management to sign one foreign player using the Asian quota, considering Suwon's budget. In recent years, the four-time K League 1 champions have not been a big spender in the transfer market.

"Suwon are now in a different situation than we know from the past," he said. "If possible, we need a reliable center back. But if that's not happening, we will have to play the season with young players."

Lee emphasized that his players should be smarter on the pitch and quickly recognize what's happening during games.

"Working hard on the pitch is now just a basic thing for a pro football player," he said. "In order for a player to advance to the next level, he needs to improve his understanding of the game." 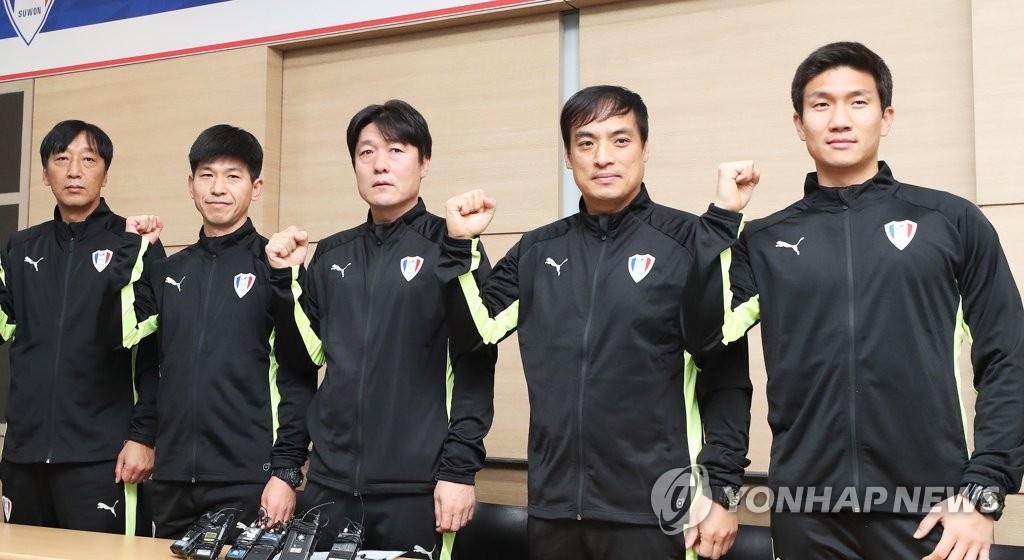 Lee made his head coaching debut in 2010 with Home United FC and guided the Singapore club until 2014. He moved to China the following year and spent a brief stint with Shenzhen FC. Lee then worked as chief assistant coach for Yanbian Funde and Tianjin Teda.

After serving as Tianjin Teda's caretaker manager, Lee returned to South Korea in November 2017 after he was named the KFA technical development committee chief. However, he resigned from the post in July 2018 for personal reasons.