SEOUL, Jan. 3 (Yonhap) -- South Korea's major securities firms have revised down their forecasts for the growth of the country's exports in the new year, citing signs of a global economic slowdown and weaker demand.

In a report issued on Wednesday, Samsung Securities Co. forecast that the country's outbound shipments would expand 2.5 percent in 2019, down from its previous projection of 5.5 percent.

"Exports of semiconductors are forecast to shrink 8 percent due to an expected fall in unit price," said Jeong Sung-tae and Heo Jin-wook, experts from Samsung, adding that the demand for petrochemical products would fall around 10 percent.

In 2018, South Korea's exports hit a record high, rising 5.5 percent on-year on the back of brisk sales of memory chips and petrochemical goods, according to the trade ministry.

In December, however, exports skidded 1.2 percent from a year earlier, with those of semiconductors tumbling 8.3 percent on-year -- the first time since September 2016 that the chip market saw negative growth in exports.

"We are slashing our forecast for exports growth this year to 1.0 percent (from the previous 3.5 percent)," Lee Sang-jae from Eugene Investment & Securities Co. said.

"As long as trade frictions between the United States and China remain unresolved, chances are high for the exports projection to be lowered further," he added.

Citing weaker figures in December and the gloomy readings on China's manufacturing sector, Meritz Securities Co. said, "(There have been) more factors that would prompt us to cut our forecast." The company has put forth a 4.5 growth rate projection for 2019.

China's Caixin/Markit Manufacturing Purchasing Managers' Index (PMI) for December, released Wednesday, fell to 49.7 from 50.2 in November -- its first contraction since May 2017. 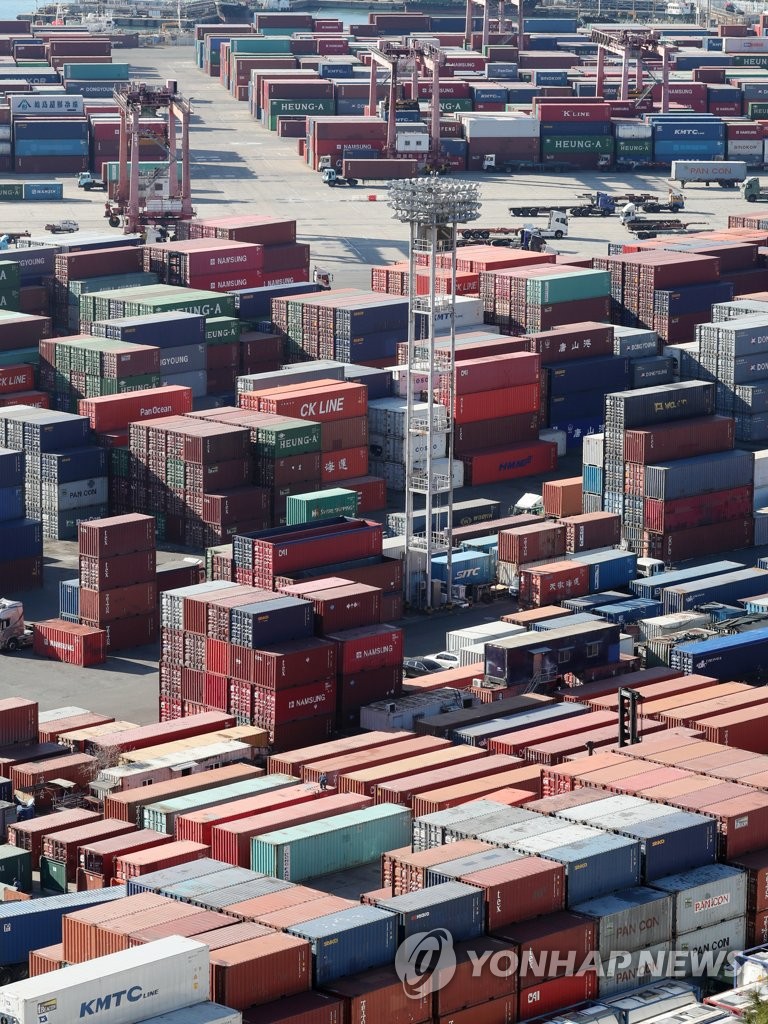 Brokerages cut outlook for exports in 2019

Brokerages cut outlook for exports in 2019