SEOUL, Jan. 4 (Yonhap) -- Air Busan Co., a South Korean airliner, on Friday kicked off a temporary flight service connecting the southern port city of Busan to Singapore, a first for a low-cost carrier.

It said the flights will leave Gimhae International Airport at 6:15 p.m. on Tuesday and Friday, and arrive at Singapore around 11:15 p.m. The return flights are scheduled for 12:15 a.m. the following days and arrive back at 7:20 a.m.

Air Busan said the route will only run through Jan. 29, with the flights using the code number BX7615. The airline said it will use an A321-200 plane for the route.

The company is seeking to win a license to operate the route regularly next month. Headquartered in the port city, Air Busan is an affiliate of South Korea's No. 2 carrier, Asiana Airlines Inc.

With no other direct route to Singapore from Busan, South Koreans living in the city have to travel to Incheon International Airport, the country's main gateway.

"If our company, which holds the highest number of flights and airplanes stationed in Gimhae International Airport, operates a regular route (to Singapore), it will greatly contribute to the convenience of the region's residents and help in attracting inbound tourists," Air Busan said in a statement. 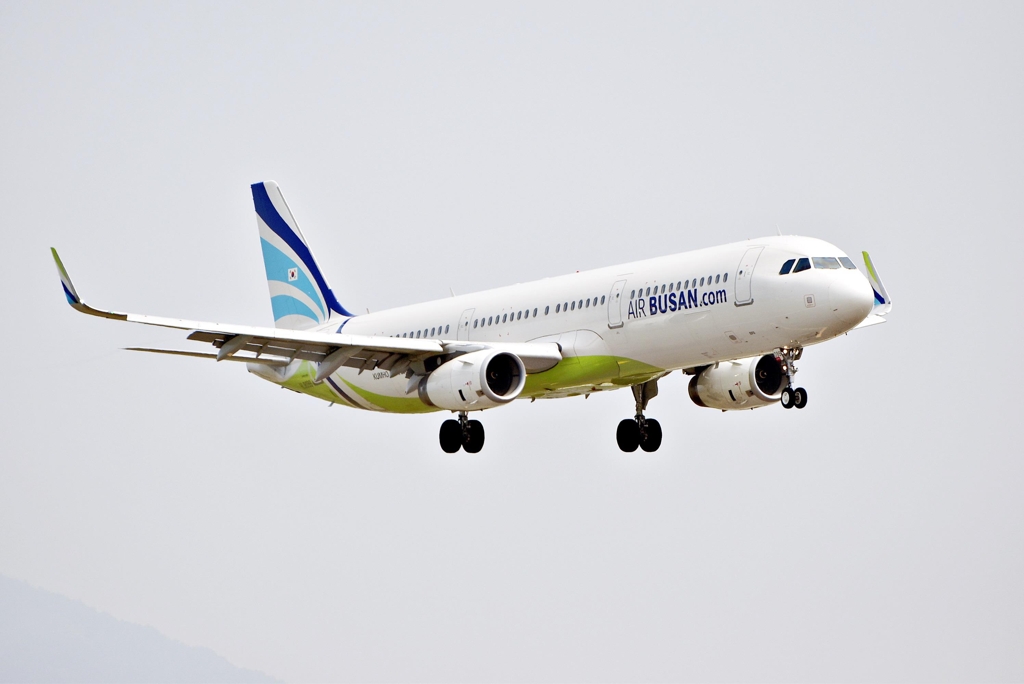