Hyundai, South Korea's top automaker, sold 677,946 vehicles in America last year, down 1.1 percent from the previous year, according to the data from their U.S. sales units.

The figure included sales of Genesis sedans or Hyundai's luxury brand, which remained flaccid throughout the year.

Despite the overall drop, Hyundai's U.S. shipments rose 3.3 percent in December from a year ago, with SUV sales spiking 42 percent. 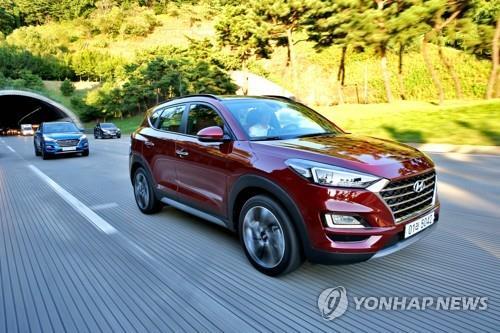 Sales of the Tucson SUV, the subcompact SUV Kona and the Ioniq electric vehicle were strong, but the Sonata and Elantra sedans stayed weak.

In particular, sales of the Tucson soared 32 percent on-year in December, renewing monthly records for 22 months in a row. Hyundai also sold more than 8,000 Konas last month, up 39 percent from a year ago.

Kia's U.S. sales remained sluggish before chalking off a 10.2 percent on-year hike to 47,428 units in December.

SUVs led Kia's sales in America with shipments of the Sportage and the Sorento rising 13.7 percent and 8.2 percent on-year, respectively. 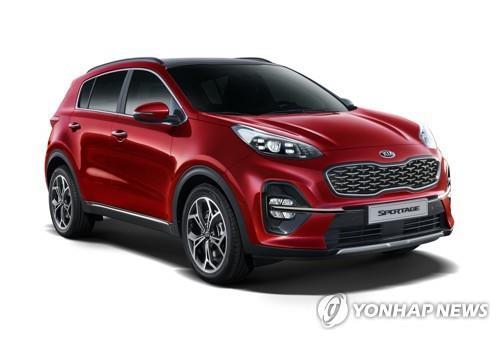