Global shipments of EV battery products came to 76,950 megawatt-hours (MWh) in the first 11 months of last year, up a whopping 72.8 percent from a year earlier, according to SNE Research, a market researcher on renewable energy.

Sales of Samsung SDI Co., a unit of top conglomerate Samsung Group, rose around 26 percent to 2,731 MWh, but its world ranking fell one spot to sixth. Its market share also dipped to 3.5 percent from 4.9 percent. 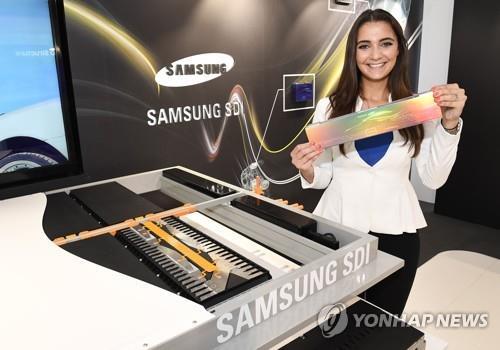 Among the top eight global sellers, LG Chem and Samsung SDI were the only companies that failed to post triple-digit growth rates during the period, according to SNE Research.

The global EV battery market has been on a roll as carmakers around the world have been racing to go electric amid tougher rules on greenhouse gas emissions.
(END)