SEOUL, Jan. 4 (Yonhap) -- South Korea will try to kick off their 2019 journey with a win when they meet the Philippines at the Asian Football Confederation (AFC) Asian Cup in the United Arab Emirates (UAE) next week.

South Korea and the Philippines will square off at Al-Maktoum Stadium in Dubai for their Group C opening match Monday. China and Kyrgyzstan are the two other teams in the group.

South Korea, ranked 53rd in the latest FIFA rankings, fourth highest among AFC members, are considered the heavy favorites against the Philippines, currently sitting at 116th in the world.

Although South Korea have not won the continental title since 1960, the Taeguk Warriors are one of the consistent performers at the Asian Cup, having taken four runners-up and four third-place finishes. The Philippines, meanwhile, are making their first appearance at the Asian Cup. 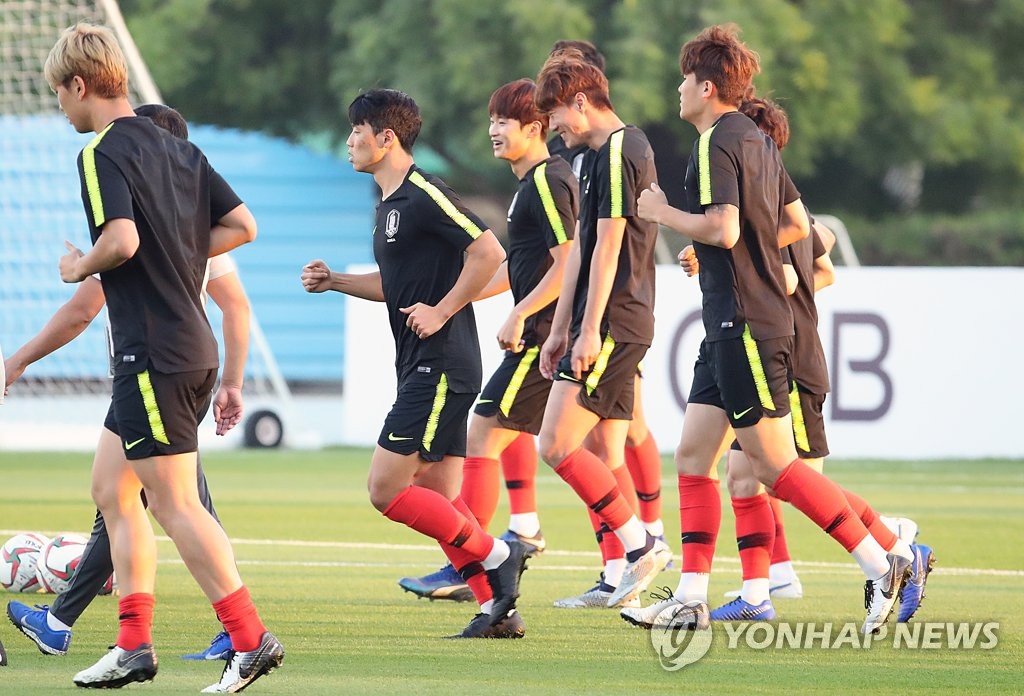 The two sides will face each other for the first time in 39 years. In their last meeting in 1980, South Korea crushed the Philippines 8-0. South Korea have a perfect record against the Philippines with seven wins, scoring 35 goals and conceding none.

Both teams are led by foreign coaches, and it will be a meeting between an ambitious Portuguese head coach and an experienced Swedish tactician.

South Korea are coached by Paulo Bento, who was appointed last August after the national team's early exit at the 2018 FIFA World Cup. Under Bento, who previous managed the Portuguese national team and clubs like Sporting CP and Olympiakos, South Korea have so far collected three wins and four draws.

The Philippines are led by renowned coach Sven-Goran Eriksson, who has managed various clubs in Sweden, Portugal, Italy and China, as well as national teams like England, Mexico and Ivory Coast. The 70-year-old took over the helm in October, and has so far collected two wins, two draws and three losses with the Philippines. 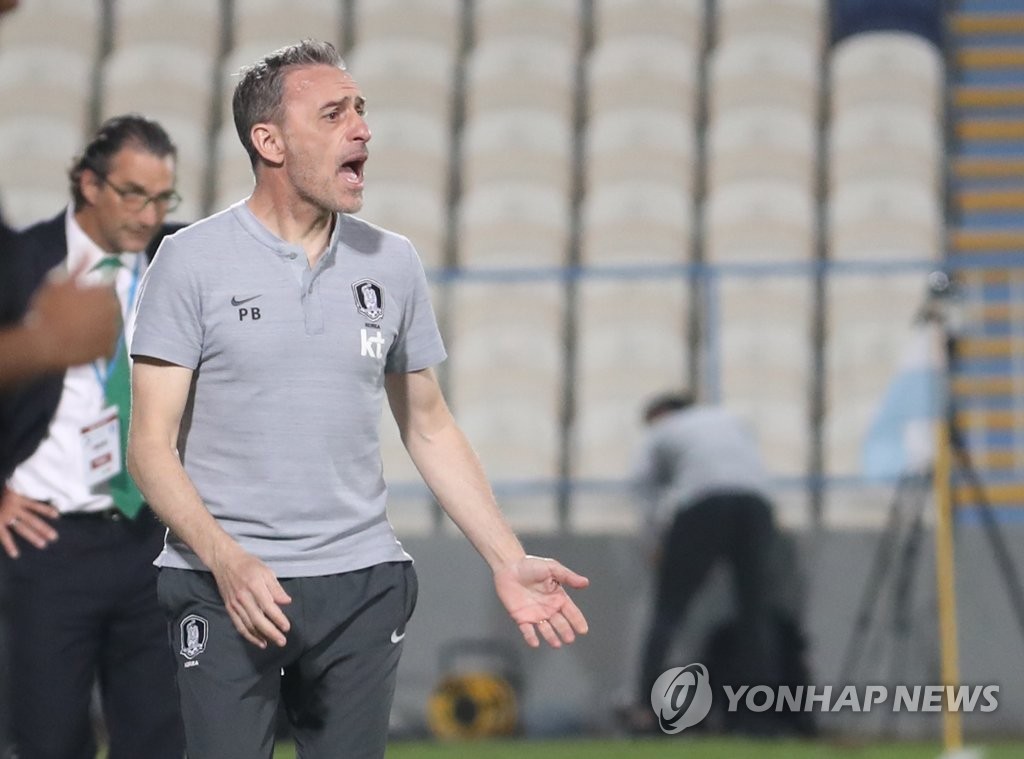 For the opening match, both teams will play without their biggest football stars.

South Korea will miss Tottenham Hotspur forward Son Heung-min, who is currently displaying a red-hot form in the English Premier League (EPL). Following an agreement between Tottenham and the Korea Football Association (KFA), Son is scheduled to join the national team after Jan. 13.

The Philippines will compete without their No. 1 goalkeeper Neil Etheridge, the first Filipino man to play in the EPL. The Cardiff City goalkeeper was dropped from Eriksson's 23-man squad as he was only able to play one match at the Asian Cup due to a deal with his club.

Despite Son's absence, South Korea have enough attacking options to hit the Philippines' net. Hwang Ui-jo, the 2018 KFA Player of the Year and the top scorer at the 18th Asian Games, will be the main striker for South Korea. And he will be supported by a handful of talents who play with German clubs, such as Lee Jae-sung, Hwang Hee-chan, Lee Chung-yong, Koo Ja-cheol and Ji Dong-won. 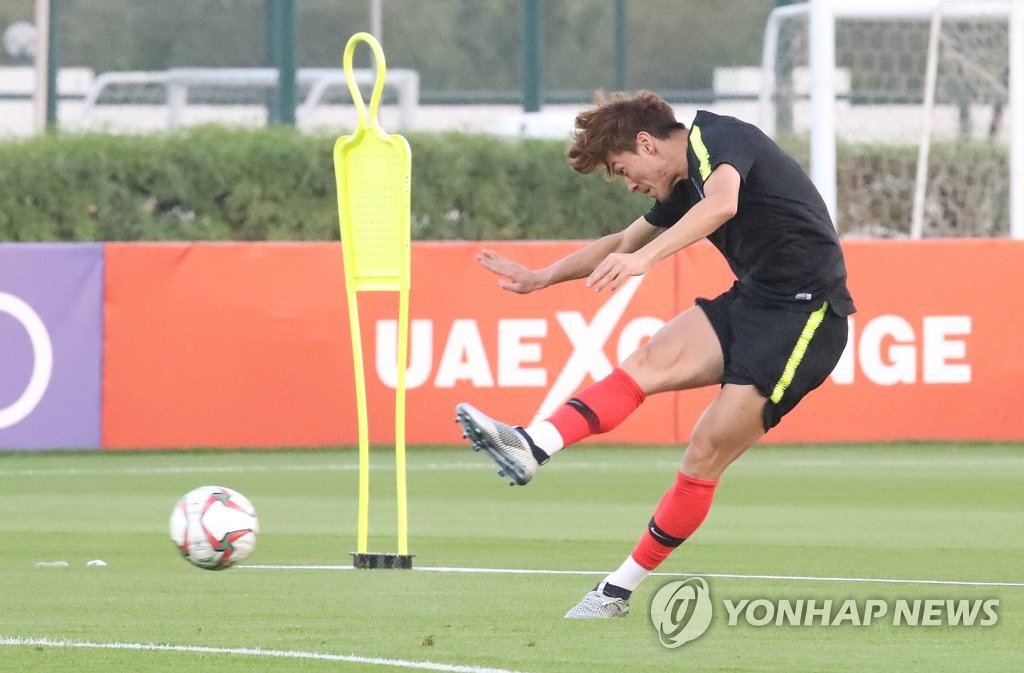 South Korea tested a back-three system in their friendly match against Saudi Arabia in Abu Dhabi on New Year's Eve but are expected to use their usual four-man defense at the Asian Cup.

One concern for Bento's side may be the fitness of their left backs Hong Chul and Kim Jin-soo, who are both recovering from minor injuries. Both defenders did not play in South Korea's 0-0 draw against Saudi Arabia.

South Korea haven't done particularly well in opening matches at previous Asian Cups, with four wins, eight draws and one loss. But the last defeat in the first game came in 1964.

Fourteen of the 23 South Korean players went to Russia for the 2018 World Cup and should have no problem adjusting to the atmosphere of a major competition. Nine players already have Asian Cup experience, with five of them set to make their third consecutive continental tournament appearance. 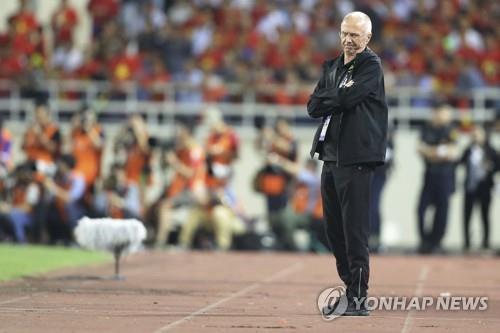 On the Philippines roster, 21 of the 23 players have experienced European football, although only three of them are still playing there. Most of them played for youth teams and low-tier clubs in Europe before returning to Southeast Asia.

Veteran midfielder Stephan Schrock is probably the most decorated player on the Philippines roster. The 32-year-old, who represented Germany in youth levels, played for German Bundesliga clubs like Hoffenheim, Eintracht Frankfurt and Greuther Furth.

Spain-born center back Alvaro Silva is one Filipino player familiar with South Korean football. The 34-year-old, who had stints at Malaga, Cadiz and Xerez, played for the K League side Daejeon Citizen from 2015 to 2016.

South Korea should also keep an eye on the Younghusband brothers who are core members of the Azkals. Phil, the team captain, has scored 52 goals in 105 appearances for the Philippines, while his younger brother James also has 100 caps.

Eriksson picked nine players from Filipino league champs Ceres-Negros, hoping they can show their teamwork also with the national team.