SEOUL, Jan. 4 (Yonhap) -- A Seoul appellate court on Friday retained the prison terms of 18 months to 2 1/2 years for two of the closest aides to ousted President Park Geun-hye for taking illicit funds from the spy agency and delivering them to Park while in office.

The court, however, extended the sentence for Jeong Ho-seong, another ex-presidential secretary, to 18 months with a stay of execution for three years, as opposed to the 10-month prison term suspended for two years handed down to him in July last year.

Reversing the earlier ruling, the appeals court on Friday acknowledged the bribery charges against Ahn and Jeong in relation to the National Intelligence Service's (NIS) provision of 200 million won (US$177,460) to Park.

The court ruled that the two defendants knew the NIS money was offered to Park's office in return for administrative and personnel favors.

The appeals court also ordered Ahn and Jeong to each pay a 100 million-won fine. Ahn was ordered to forfeit 13.5 million won as well.

The three were indicted on charges of bribery, embezzlement and loss of state funds for playing roles in Park's taking of between 50 million won and 200 million won from the NIS every month from May 2013 to July 2016 -- a total of 3.5 billion won.

They were considered so close to Park that they were dubbed the "doorknob trio" in the media, a figure of speech implying they were holding the knob of the door leading to Park and that everything had to pass through them to reach her. 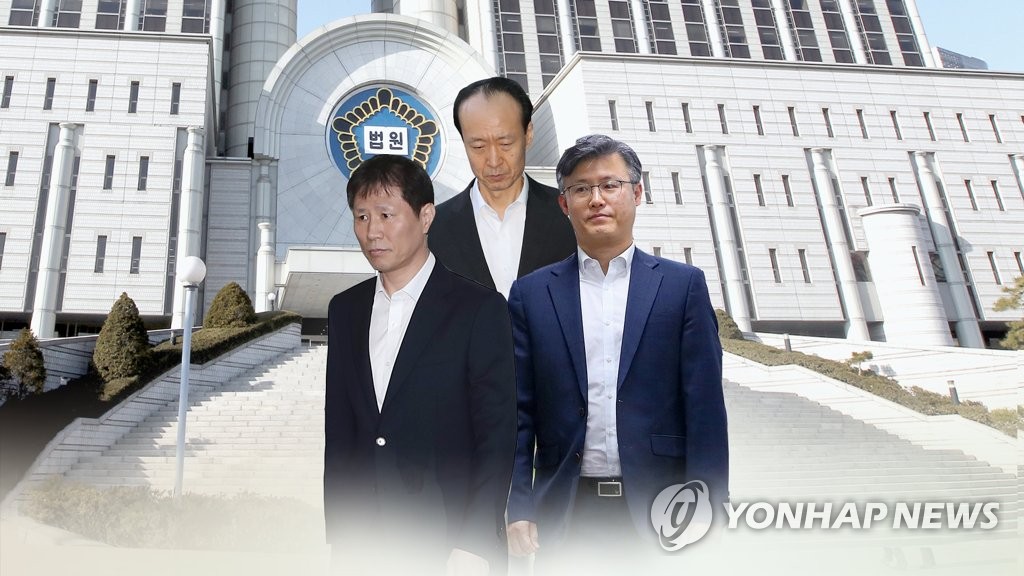