SEOUL, Jan. 4 (Yonhap) -- Former Supreme Court Chief Justice Yang Sung-tae has been called in for questioning as a suspect next week over his alleged role in a power abuse scandal involving former top court officials, the prosecution said Friday.

The Seoul Central District Prosecutors' Office has requested his presence for an interrogation at 9:30 a.m., next Friday, its officials said.

If he complies with the summons, Yang will be the first former head of the Supreme Court to face a prosecution questioning as a criminal suspect. The 71-year-old former veteran judge led the top court beginning in 2011 for a six-year term and retired in September 2017.

Prosecutors have been investigating allegations that Yang sought to use trials as bargaining chips in its dealings with the then Park Geun-hye government to achieve his long-envisioned plan of establishing a separate court of appeals.

Yang is alleged to have instructed his officials at the National Court Administration (NCA), the top court's governing body, to devise ways to interfere in trials whose rulings potentially held high political significance for the Park administration and pressured judges in charge to deliver verdicts in Park's favor.

Among the trials in question is a damages suit filed by Korean victims of Japan's wartime forced labor. Prosecutors accuse two former NCA chiefs -- Park Byong-dae and Ko Young-han -- of working to deliberately put off court deliberations for some of the cases to curry favor with the former president, who was seeking amicable relations with Tokyo.

Other cases include one involving a progressive teachers' union and a corruption trial of a former spy chief, whose election violation charges could potentially undermine the legitimacy of Park's victory in the 2012 presidential race.

Prosecutors have questioned a number of Yang's former officials and arrested a former deputy NCA chief, honing in the investigation on Yang, who is at the center of mounting allegations that have put the entire judiciary under unprecedented intense scrutiny.

In June last year, Yang disavowed involvement in the alleged scandal, making it clear that there was no interference in trials and that they weren't used for any political bargaining. 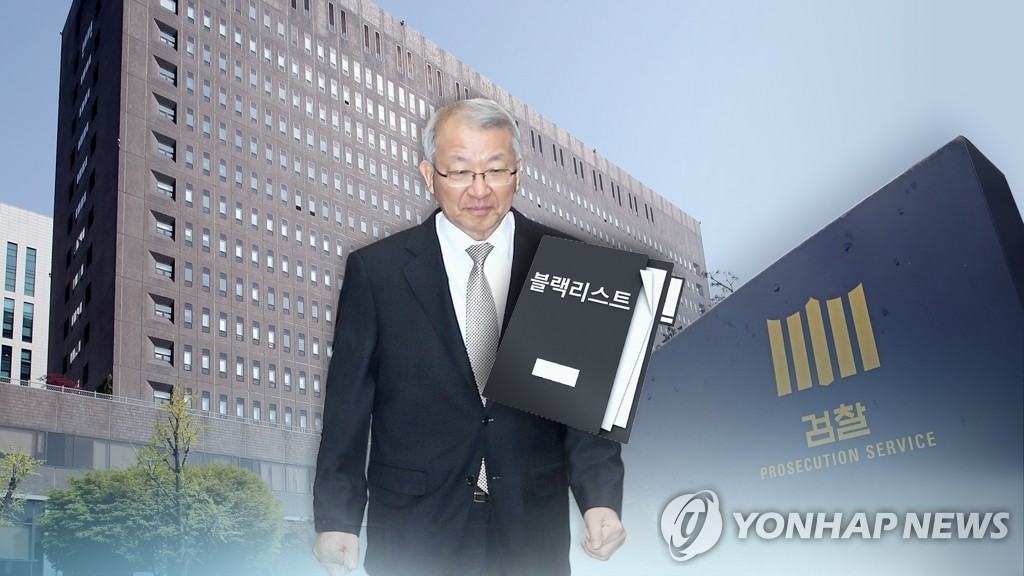