Suwon said they held a disciplinary committee meeting on Thursday and decided to terminate their contract with Kim for violating club rules and damaging the club's image. The four-time K League 1 champions also apologized for his misconduct.

According to Suwon, Kim was involved in a car accident in Seoul on Dec. 28, and police found that he had been driving under the influence of alcohol. Kim immediately reported the DUI case to Suwon.

"Kim is a good player and made big contribution to this team, but we decided to mete out a heavy punishment against him considering social responsibility and ethics," the club said. "We apologize to fans for the misconduct and will try to prevent such cases happening in the future."

Kim was selected for the South Korean national team between 2014 and 2015 but failed to make his international debut. 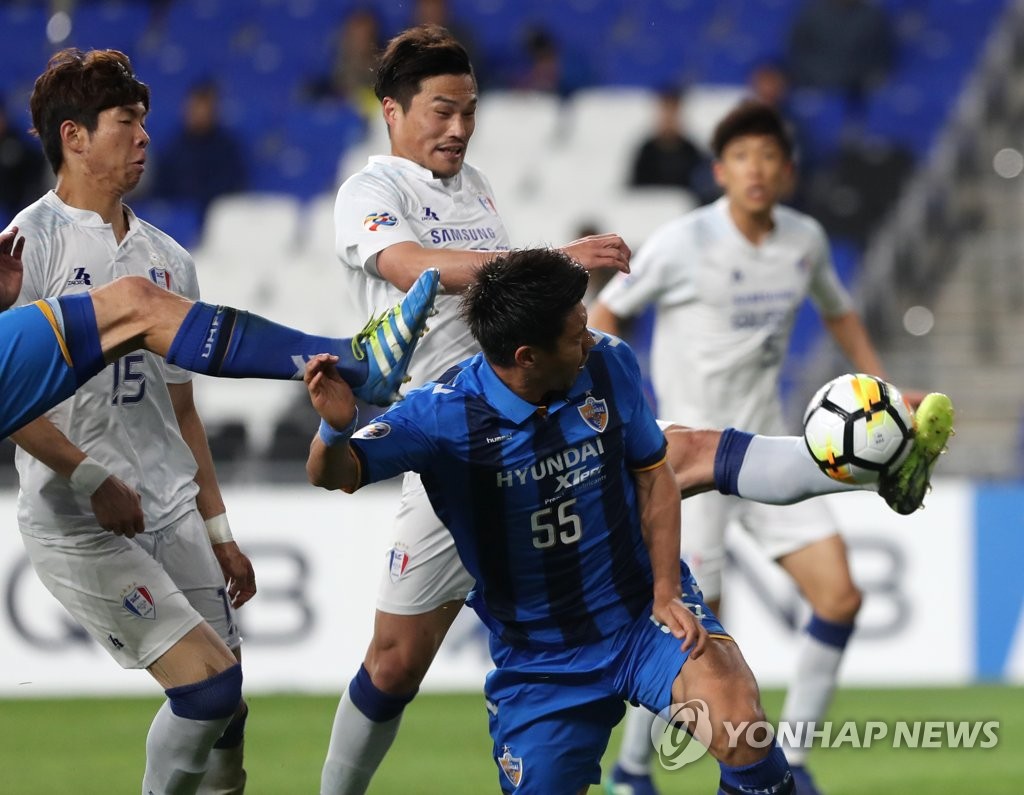