Jeonbuk, led by Portuguese head coach Jose Morais, said the two players each signed a three-year contract with the club. The latest signings are expected to boost defense of the six-time K League 1 champions.

Kim joined Jeonbuk from Japanese side Sagan Tosu, where he played for the last five seasons. The 26-year-old center back had three goals in 145 J League matches.

Kim, who won a gold medal for South Korea at the 2014 Asian Games, will fill the void in Jeonbuk's central defense if two of the club's existing defenders depart. Hong Jeong-ho, who joined Jeonbuk on loan from Chinese side Jiangsu Suning, is considering a return to his original club, while Kim Min-jae has been linked with a move to the Chinese Super League.

Lee, 29, made his pro debut with Busan IPark FC in 2008 and has played more than 200 matches in the K League. He spent the past two seasons with Gangwon FC.

He was South Korea's starting goalkeeper at the 2012 London Olympics, where the national team claimed a bronze medal.

Before signing the two players, Jeonbuk earlier this week acquired midfielder Choi Young-jun from Gyeongnam FC, who was named to the 2018 All-K League 1 squad. 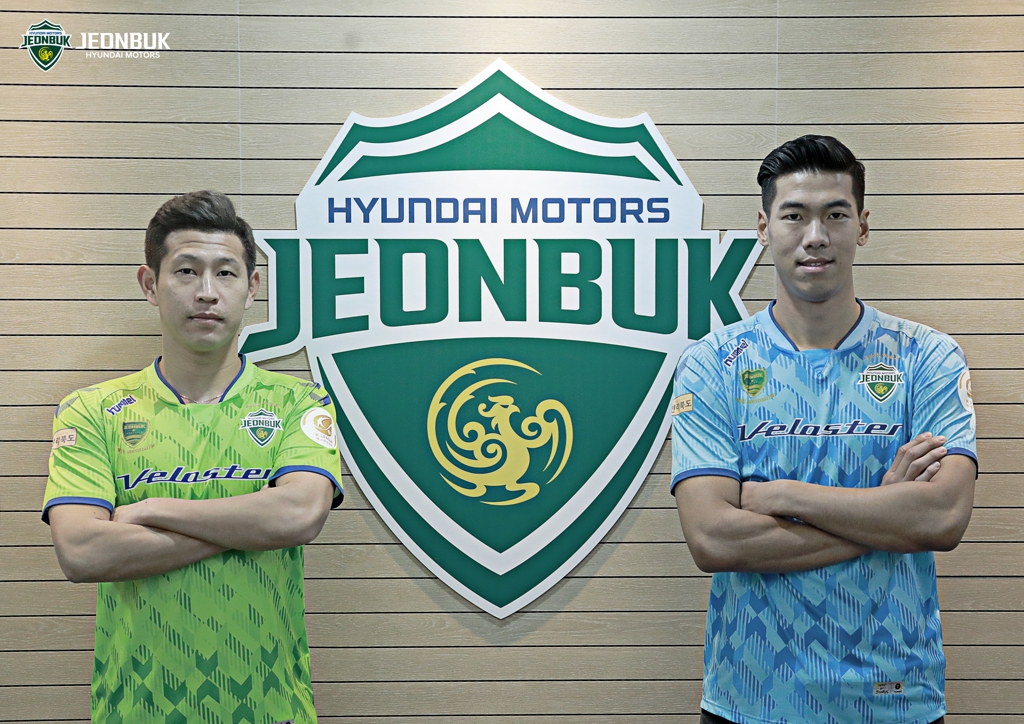