The K League 1 side said that Bilbija will join the club from Bosnia and Herzegovina side HSK Zrinjski Mostar for the 2019 season.

Bilbija made his pro debut in 2011 with Serbian club Vojvodina and played for teams in Bosnia and Herzegovina and Croatia. The 28-year-old has scored 80 goals and delivered 41 assists in 254 matches.

Following a string of impressive club seasons, Bilbija made his international debut for Bosnia and Herzegovina in January 2018.

"I'm happy to play in the K League, and I don't think I will have difficulties adjusting to the league," Bilbija said through the club. "I will do my best to help this team and show a good performance."

Gangwon finished eighth in the 12-team league in 2018. 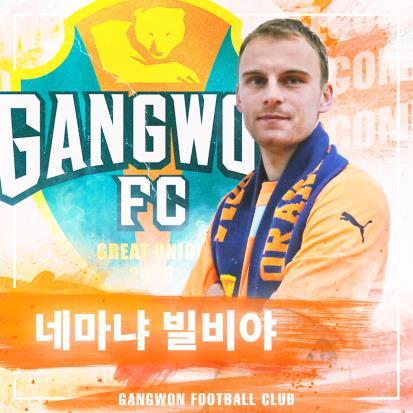