Moon Chung-in, a Yonsei University professor, made the remarks as Seoul seeks to advance its peace initiative by creating fresh momentum for the apparently stalled dialogue between Washington and Pyongyang.

"A breakthrough may emerge should the North take bold action and the U.S. partially lift sanctions at the same time," Moon said during an internet broadcast.

"But it is not easy to demand that one of them give ground first," he added. 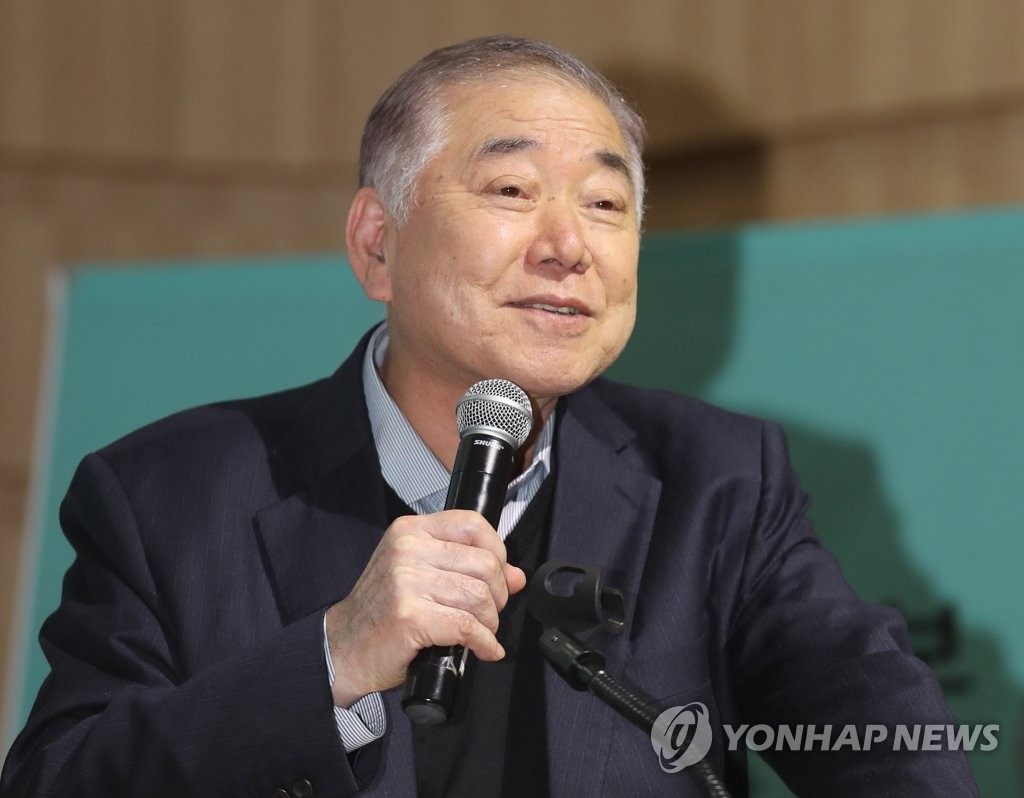 Moon also pointed out the need for the U.S. and North Korea to "take action rather than just exchanging verbal pledges" to make progress in their peace efforts.

After the first summit between U.S. President Donald Trump and North Korean leader Kim Jong-un in Singapore in June, the two countries sought to make good on their leaders' agreements, including efforts for the "complete denuclearization" of the Korean Peninsula.

But they still appear to be poles apart on the denuclearization front.

The U.S. has demanded that the North take concrete steps toward denuclearization, such as making a full declaration of its nuclear and missile programs. The North, however, wants the U.S. to take "corresponding" measures like sanctions relief.

Touching on the rumors that the North Korean leader has delayed his plan to visit Seoul due to his advisors' opposition, Moon said the rumors are true.

"Chairman (Kim) has made that decision to come (to Seoul), though his people, including Kim Yong-chol, the vice chairman (of the Workers' Party), asked him not to do so," he said.

The presidential advisor also said that even if he decides to visit Seoul, Kim may not be able to achieve a resumption of operations at the shuttered inter-Korean industrial complex in the North's border city of Kaesong or of tour programs to Mount Kumgang due to the current sanctions regime.

The North has sought to restart the industrial complex and tour programs as it seeks to shore up its poor economy.
(END)