SEOUL, Jan. 5 (Yonhap) -- An ex-North Korean diplomat who defected to the South urged his former colleague, who has deserted the country's embassy in Italy in a possible defection, to come to Seoul on Saturday, following reports that the envoy is seeking asylum in the United States.

Jo Song-gil, the charge d'affaires of the North's Embassy in Rome, has been unaccounted for since early November ahead of the planned end of his assignment in Italy later that month, according to South Korea's intelligence agency.

Italian media reported that Jo, who has gone missing with his wife, is under the protection of Italy's intelligence authorities and that he is seeking asylum in the U.S.

In an open letter to Jo posted on his blog, Thae Yong-ho said it is an "obligation, not a choice," for North Korean diplomats to come to South Korea. Thae served as the deputy ambassador at the North's Embassy in London before defecting to South Korea in 2016.

"I hope the report is not true," Thae said in the letter, referring to Jo's possible asylum bid to the U.S. "As North Korean diplomats, wouldn't unifying the country and handing over a unified land to our children be what we should do for the rest of our lives?"

"If you come to Seoul, more colleagues will follow us and come to Seoul and that will naturally lead to unification," Thae said, calling the South Korean capital an "outpost" for the unification of the Korean Peninsula.

Thae also said Jo does not have to worry about his security if he decides to come to the South, adding that the Seoul government will guarantee his security.

Thae and Jo last met in Pyongyang six years ago, according to Thae.

Jo was dispatched to Italy in May 2015, and has run the North's mission there since Italy expelled Ambassador Mun Jong-nam in October 2017 following the North's sixth nuclear test in September that year. 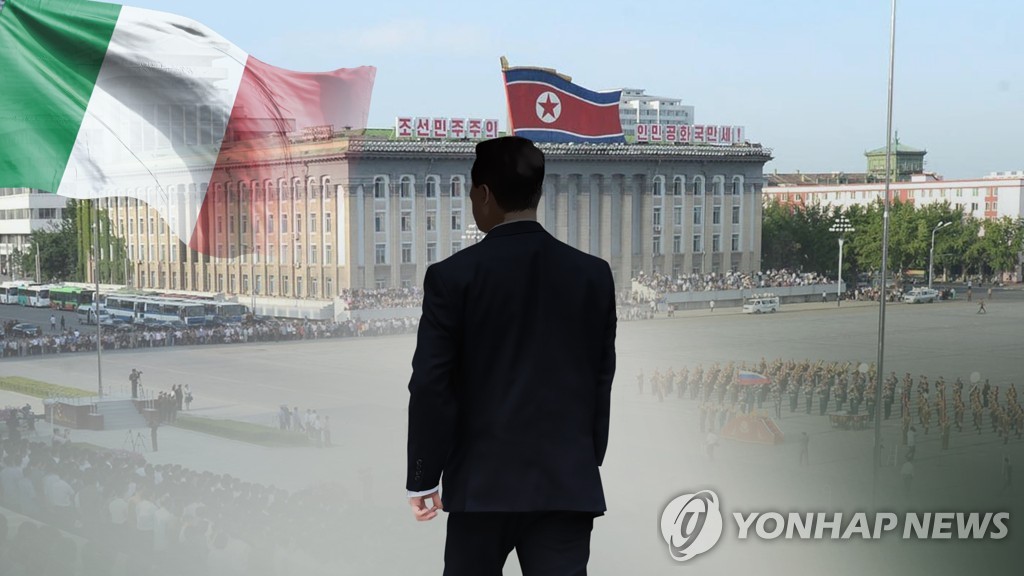