Kwon, an attacking midfielder for French League 1 club Dijon FCO, scored his side's second goal in their 3-1 win over fourth-tier club SC Schiltigheim in a French Cup round of 64 match at the Stade de l'Aar in Schiltigheim, France, on Saturday (local time).

With Djion leading 1-0, Kwon fired a left-footed strike in the 72nd minute to help his side reach the round of 32 in the domestic cup competition.

Kwon was making his first start of the 2018-19 season following his comeback from an injury.

The 24-year-old ruptured his right Achilles tendon in Dijon's final league match of the 2017-18 season in May, causing him to skip the 2018 FIFA World Cup.

Kwon returned to the pitch as a second-half substitute on Dec. 19 in a French League Cup round of 16 match against FC Girondins de Bordeaux. He was similarly brought on against Saint-Etienne in a French Ligue 1 match on Dec. 23. 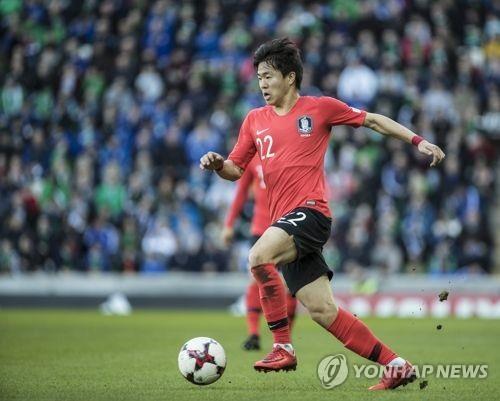