SEOUL, Jan. 6 (Yonhap) -- Samsung Electronics Chairman Lee Kun-hee, who has been hospitalized since 2014 after suffering a heart attack, is yet to recover consciousness although he is in a stable condition, sources said Sunday.

The chairman of Samsung, South Korea's top conglomerate, was carried to a hospital on May 10, 2014, after suffering a heart attack at his home in central Seoul.

He was rushed to Samsung Medical Center, where he received a stent placement, and has been staying in an exclusive area of the hospital.

Sources said Lee is in a stable condition and is capable of breathing without medical instruments. Although Lee is still unable to communicate with people, he responds to sound and physical contact, they added.

Lee is often taken on strolls in a wheelchair, sources said.

Lee turns 77 on Wednesday, which will be his fifth birthday at the hospital.

Samsung is expected to refrain from hosting official events to mark Lee's birthday. His family members, including heir-apparent Lee Jae-yong and his wife Hong Ra-hee, are anticipated to make a private visit. 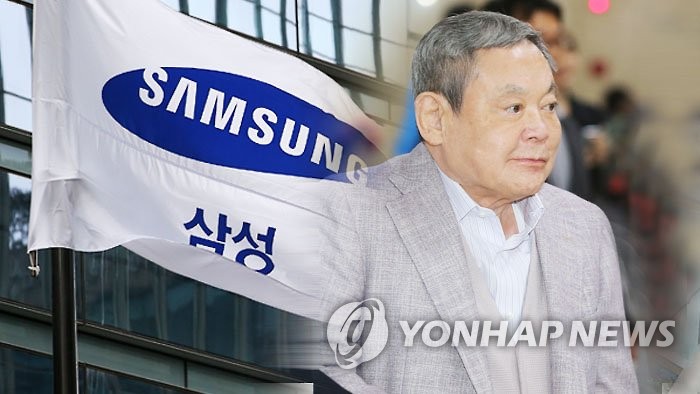