During NHK's "Sunday Debate" program, Abe said he "deeply regrets" the fact that South Korean victims of forced labor are trying to seize a Japanese company's assets to receive compensation.

"The government is taking this issue seriously," he said. "To take actions with fortitude based on international laws, I have ordered related government authorities to review specific measures regarding the case."

His remarks follow media reports that the South Koreans forced into wartime labor are seeking to receive compensation and an apology from the Japanese company.

It recognized the victims' individual rights to claim damages, though Japan claims that all reparation-related issues were settled under a government-to-government pact with Seoul in 1965 that normalized bilateral ties.

The lawyers for South Koreans forced into wartime labor recently said they plan to make a request this month for talks with the Japanese firm and demand it respond by the end of next month, according to Japanese newspapers. 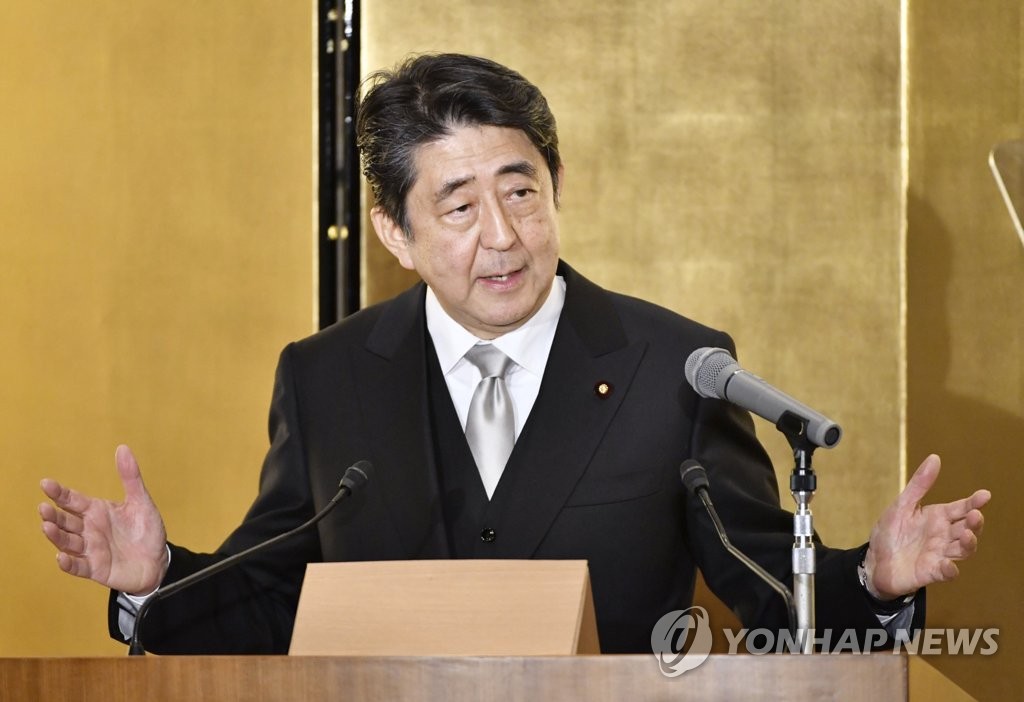