The ministry posted the video clip in Korean and English on YouTube on Friday, a week after Tokyo released its own footage to back up the claim that a South Korean warship had locked fire-control radar on its maritime patrol aircraft on Dec. 20.

"In addition to the Korean and English versions, we're working on videos with Japanese and Chinese subtitles," the official said. "More videos with French, Spanish, Russian and Arabic subtitles are also in production." 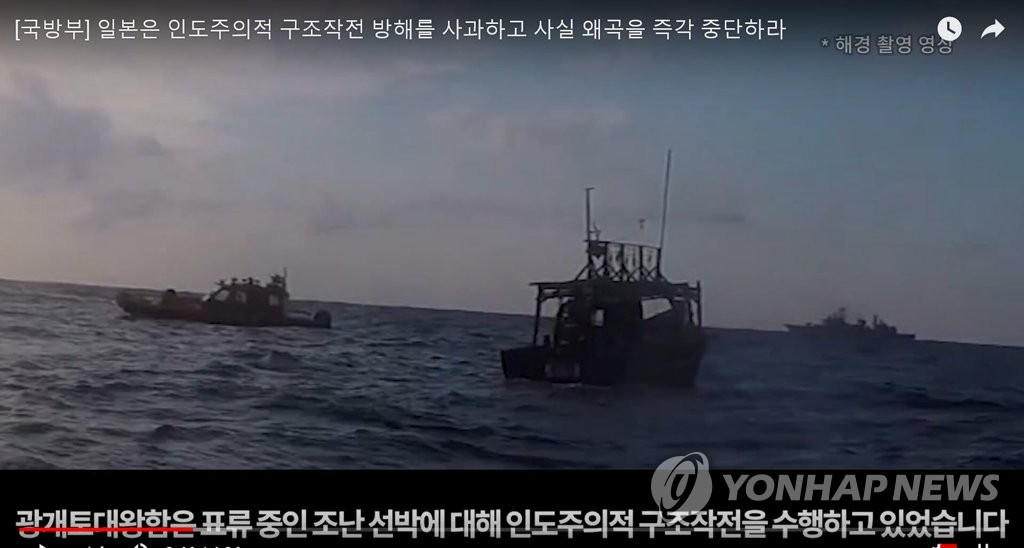 The move is designed to "prevent the spread of misunderstandings on the issue following Japan's release of a clip containing distorted facts," according to the ministry.

The South Korean ministry reiterated in its clip that its 3,200-ton Gwanggaeto the Great destroyer did not target Japan's Maritime Self-Defense Force's P-1 plane, as the vessel was focused on a humanitarian mission to rescue a North Korean boat in distress in the international waters of the East Sea.

The Korean-language clip posted on YouTube on Friday at 2 p.m. has garnered 1.48 million views and over 48,000 replies until Sunday morning.