Seongnam said they decided to extend their contract with Eder after he made a big contribution to the club's promotion to the first division.

Eder, 31, had seven goals and two assists in 28 matches in the K League 2 last year. In particular, he scored the winner against Suwon FC on Nov. 3 to confirm his side's second-place finish in the K League 2.

Despite finishing second, Seongnam earned the right to compete in the first division after the K League 2 champions, Asan Mugunghwa, run by South Korean police, were denied promotion due to an insufficient recruitment plan for 2019.

Eder will have his fifth season in South Korea. He first joined then-K League 2 side Daegu FC in 2015 and moved to Jeonbuk Hyundai Motors two years later before playing for Seongnam.

"I'm confident that I can adjust to the K League 1 because I already have experience playing in the first division with Jeonbuk," Eder said through the club. "I want to score more goals and deliver more assists, and will help my teammates to play well in the first division." 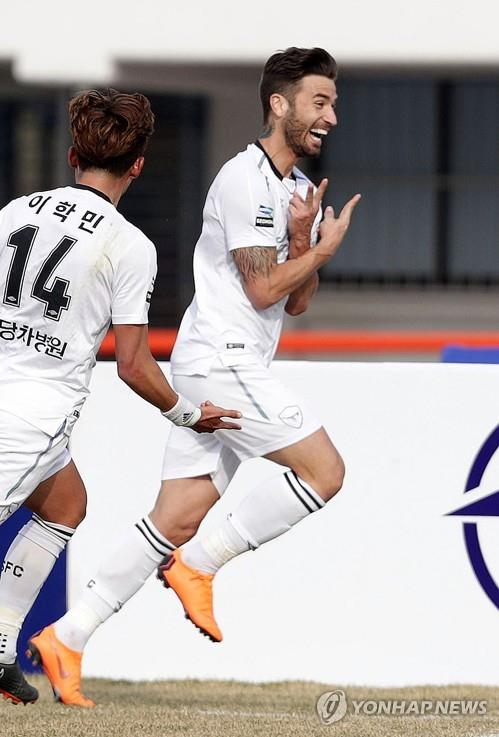