Moon will first give a keynote speech for about 20 minutes explaining the direction and tone of his major policies for the new year. He will then take questions from some 200 local and foreign journalists from 10:25 a.m.

It will be Moon's second new year press conference since he took over the office in May 2017. It will also be Moon's third to be broadcasted live on television. 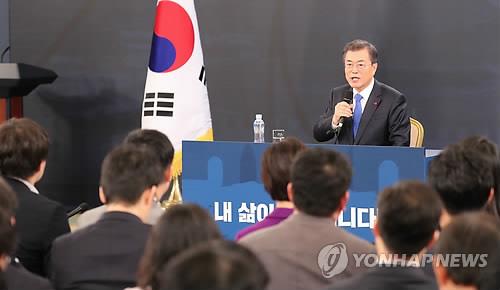 Kwon Hyuk-ki, who heads the Cheong Wa Dae press center, known as Chunchugwan, said Moon will host a question-and-answer session with reporters by himself to facilitate better communication.

Kwon said the question-and-answer session will touch on three areas -- foreign affairs and security, economy, and politics and society -- and the president will pick a reporter who raises his or her hand.

Moon's press conference will be attended by his secretaries, who will be seated next to the reporters, according to Kwon.

The president is expected to change his chief of staff and several secretaries this week in an effort to refresh the atmosphere of his administration as he entered his third year in office, according to sources in the ruling party.

The incumbent chief of staff, Im Jong-seok, Han Byung-do, senior political affairs secretary and Yoon Young-chan, the top press secretary, are all speculated to be in line for replacement.

Moon is also considering carrying out the Cabinet reshuffle late this month or in early February to replace ministers who are seeking to run in next year's parliamentary elections. 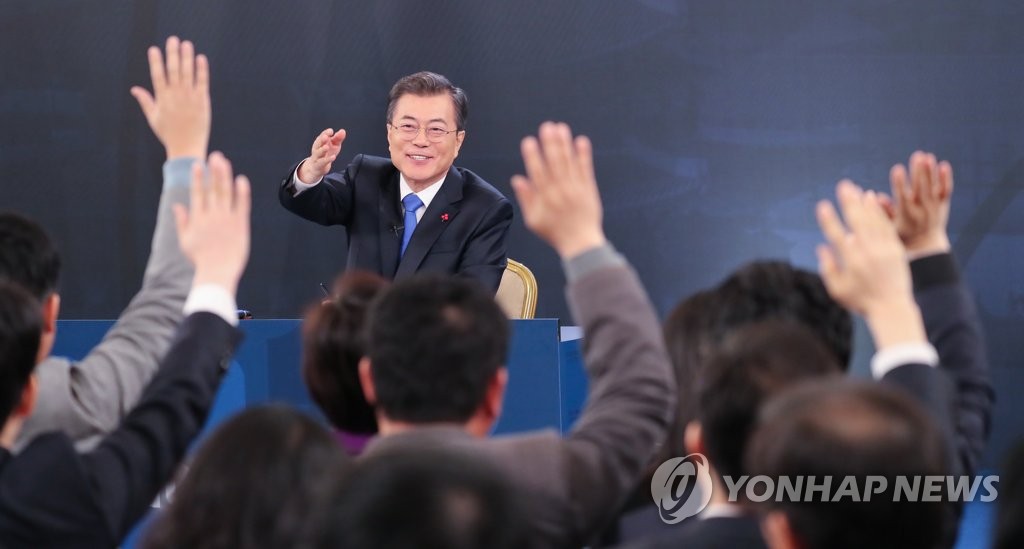