SEOUL, Jan. 6 (Yonhap) -- Apink, one of the front-running K-pop girl groups, will release their new album this week, the latest part of the band's efforts to tweak their long-established angelic concept, the group members said Sunday.

"In our initial days, we dealt with innocent and lovely appeals, (but) going forward, we plan to come up with more charismatic allure," team leader Park Cho-rong said in a press conference ahead of Apink's release of their new record, "PERCENT," set for Monday evening.

"It is Apink's homework" to weave the charismatic allure into their established signature image of sweet and angelic girlishness, she said.

The six-piece band debuted as teenage girls in 2011. They grew into their mid- and late 20's as the band evolved into a well-rounded eight-year-old music act.

Apink's seventh EP "One & Six" and its lead track "I'm So Sick," released in July last year, was the band's major departure from the original concept.

The upcoming EP, "PERCENT," will further cement Apink's deviation with its main track, "%%," or "Uh Huh" in Korean, a bold, mystical number rich with electronic sounds.

Including the main track, the EP has six tracks, including the fifth track "Enough" whose lyrics were written by Park. 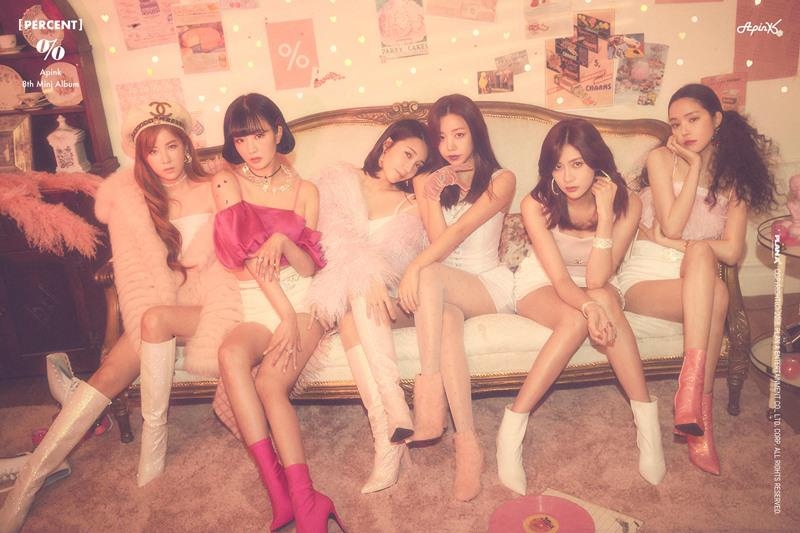 "For a long time, even from the time of our debut, we have been concerned about how we would mature our music as we grow older and when the right time would be for the job," the team leader said.

"At the time of the release of 'I'm So Sick,' we thought it was the right time and if we did not make a change at that time, it would be difficult to do it in the future."

Team member Kim Nam-joo said such a change is clearly pronounced in terms of lyrics. The lyrics of Apink's initial music represented "high-school girlish" mind seeking reciprocal love, but the lyrics evolved as the girls experienced their first love and breakup.

"The lyrics in 'I'm So Sick' finally declared an end to an estranged lover, and in '%%,' the lyrics say 'I have been there and I will not give in (to loneliness) until I find the right man I want,'" she said.

This year, Apink will further explore the team's conceptual possibilities, Park said. The title of the upcoming album, "PERCENT," without any modifying numbers, was picked in that vein, the members said.

"This year, we want to please our fans with more music releases and public appearances," member Son Na-eun said. "Each of the members will also pursue individual careers more this year," she said.

"Since our debut, we wished to become a long-running band and I am so pleased that Apink reached its (ninth) year. My wish for the New Year is that we could release (at least) two albums in one year and shine a spotlight on each and every member of the team," member Jung Eun-ji said.

Ahead of the album release on Monday, Apink threw two days of concerts over the weekend, "2019 PINK COLLECTION: RED & WHITE," at the Olympic Park where the band premiered the new album. 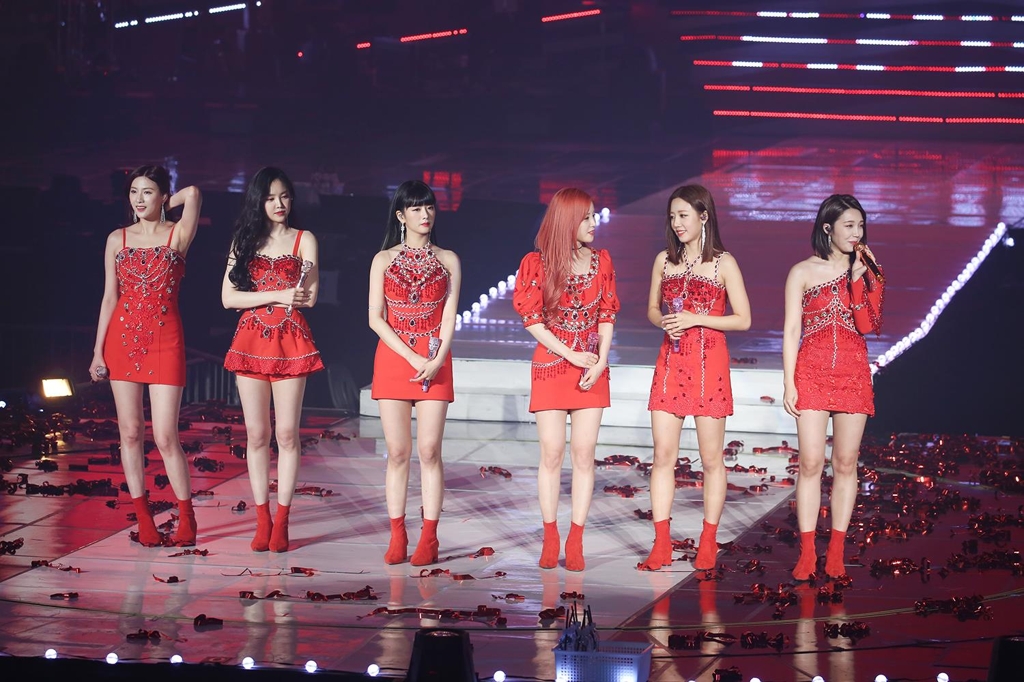 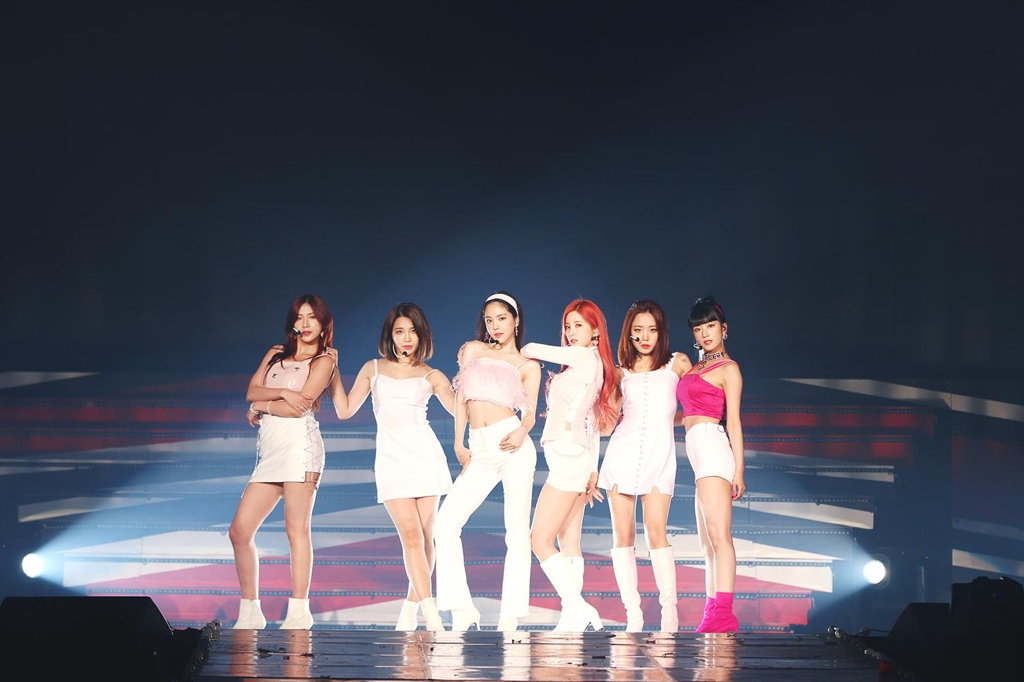