BTS took home six prizes, including the top award, at the 33rd Golden Disk Awards, which recognize accomplishments in the K-pop industry.

"We accept the awards on behalf of all Armies," group leader RM said at the awards ceremony held in Seoul's Gocheok Sky Dome, referring to BTS fans.

"2018 was the year that we bore fruits through our hard work," he added.

The septet received the top award for the second straight year.

The winners of the 33rd Golden Disk Awards were selected based on album sales and digital streams recorded between December 2017 and November 2018.

In December 2017, Kim Jong-hyun of SHINee, better known by his stage name, Jonghyun, died in an apparent suicide.

"Thank you to the fan club SHINee World's support on behalf of Jonghyun," Minho of the group said. 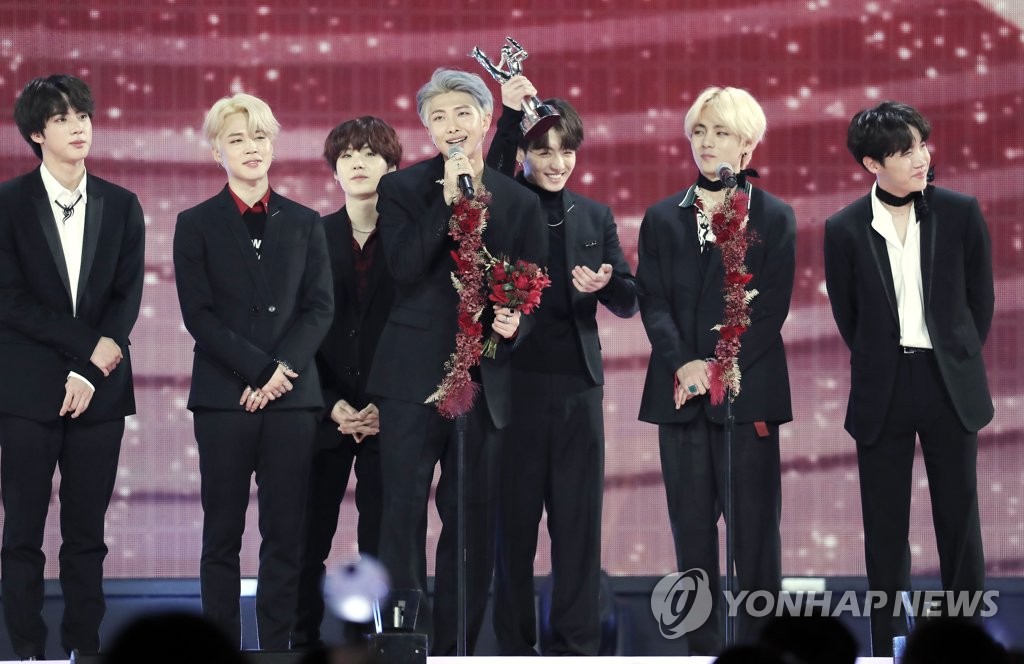