South Korea will face the Philippines at Al-Maktoum Stadium in Dubai, the United Arab Emirates, to open their Group C campaign at the Asian Cup. China and Kyrgyzstan are the other two teams in Group C.

"We are ready to play against the Philippines," Bento said at a press conference at Al-Maktoum Stadium. "We had some injured players, but now everyone is fine." 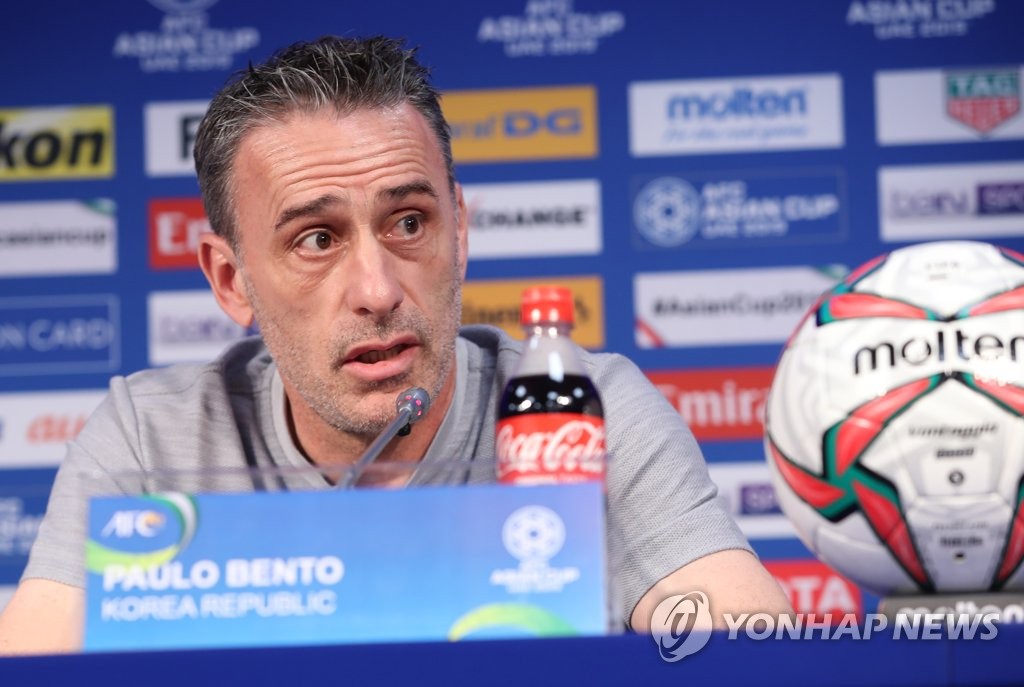 South Korea are ranked 53rd in the latest FIFA rankings, fourth highest among AFC members, while the Philippines are currently sitting at 116th in the world. The Taeguk Warriors, two-time continental champions, also have a perfect record against Philippines with seven wins, scoring 35 goals and conceding none.

Even though South Korea are considered the heavy favorites, Bento said his side will not put their guards down.

"You always need to respect your opponents," he said. "Our biggest mistake would be overlooking the opponents."

Football fans already saw Jordan pull off a 1-0 upset win over defending champions Australia in their Group B opening match at the Asian Cup. Bento said he is also aware of the result.

"We can take a good lesson from that result," he said. "I'm sure our players will stay focused in tomorrow's match."

The Philippines are led by renowned football coach Sven-Goran Eriksson who managed various clubs in Italy, Portugal, England and China, as well as the national teams of Mexico, Ivory Coast and England.

Bento said his side are prepared for every possible scenario in the match and will try to display their style of play.

"The Philippines alternately use back four or back five systems," he said. "We are aware that the Philippines move forward quickly from the wings when counterattacking. We may play a tough match, but I think we have a good chance of collecting a win."

"Lee can play on both flanks and can operate as a central attacking midfielder," he said. "He played for his club until end of last month and took a week-long rest, so he should be in good form."