DUBAI, United Arab Emirates, Jan. 7 (Yonhap) -- Hellas Verona attacker Lee Seung-woo joined the South Korean squad on Monday for the Asian Football Confederation (AFC) Asian Cup, just a day after he was picked as a replacement for an injured forward.

The Korea Football Association (KFA) said Lee arrived in Dubai, United Arab Emirates, in the morning and will be able to play for South Korea starting in the group stage.

On Sunday, the KFA announced that Lee will replace Gwangju FC forward Na Sang-ho, who was dealing with a right knee injury. Bento said Na, who was the top scorer in the second-tier K League 2 with 16 goals last season, appeared to be unfit for the tournament and decided to bring Lee, who wasn't originally on South Korea's 23-man squad.

Under AFC rules, a participating team at the Asian Cup can drop an injured player and select his replacement from its 50-man preliminary roster until six hours before its first match kickoff time at the tournament.

South Korea will face the Philippines at Al-Maktoum Stadium in Dubai later Monday. The kickoff time is 5:30 p.m. in Dubai or 10:30 p.m. in Seoul.

Bento explained at his press conference on Sunday that Lee will fill the void of Na as he can operate on both flanks and can also play as a central attacking midfielder. The Portuguese head coach also expected Lee to be in good shape since he has been playing regularly for the Italian club and has been resting during winter break.

Lee, who turned 21 on Sunday, started in Verona's last six matches in the Serie B and also scored his first goal of the season against Foggia on Dec. 30.

Lee, a youth product of FC Barcelona, has seven caps with South Korea but has yet to score a goal. He also represented South Korea at the 2018 FIFA World Cup. 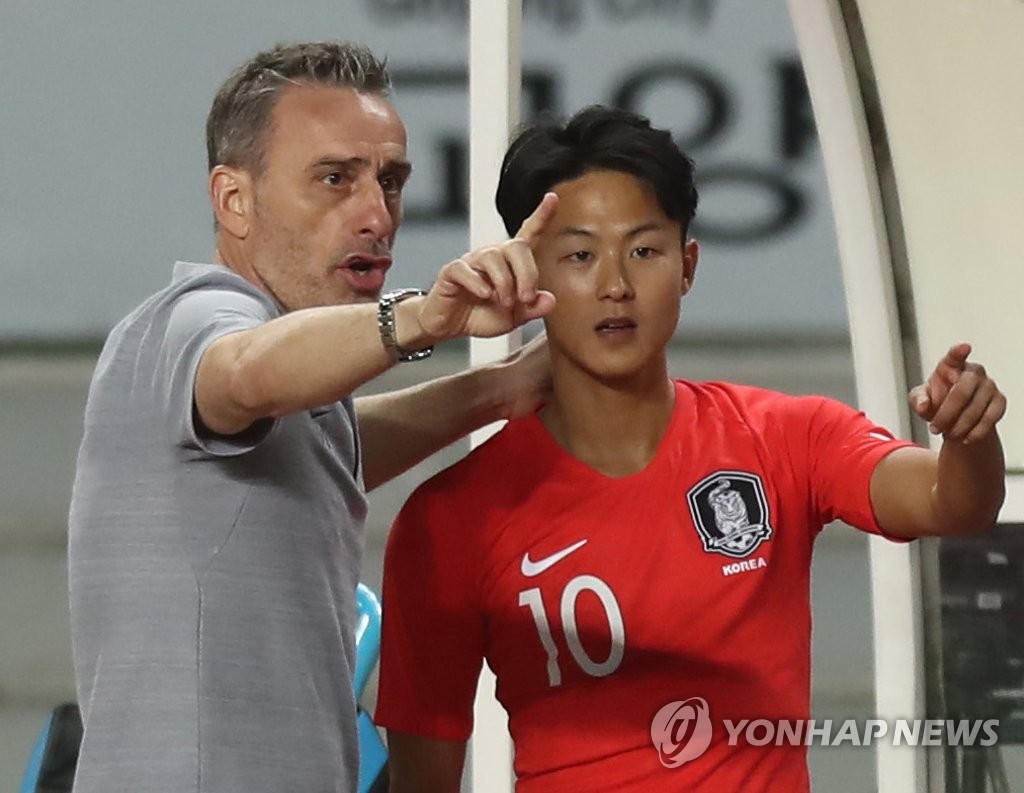