The one-day strike will take place Tuesday, and a two-day walkout is planned starting Jan. 31, the union said, adding they are making detailed plans for a total of five rounds of strikes.

The move came as nearly 96 percent of some 12,000 unionized workers voted last month in favor of a walkout in protest against the management's offer on bonuses for 2018 and changes to the wage payment system.

If the walkout takes place, it will be the first full-fledged strike for the bank in 19 years, as the unionized workers last took such a collective action in 2000 over the course of its acquisition of the Housing & Commercial Bank.

The labor union and the management have been wrangling over key issues, including rules on the wage payment system and the amount of bonuses to be given to employees for last year. Talks have failed to find middle ground despite arbitration attempts by the National Labor Relations Commission.

"We will hold a large-scale rally at Jamsil Students' Gymnasium later today to mark the eve of the strike," an official said, adding that around 10,000 workers are expected to join this week's walkout.

In an effort to minimize inconvenience to customers, the bank has been scurrying to seek measures, such as the extension of the outlets' operation time.

As of end-November, the major lender had 31.1 million customers and operated 1,057 branches across the country. 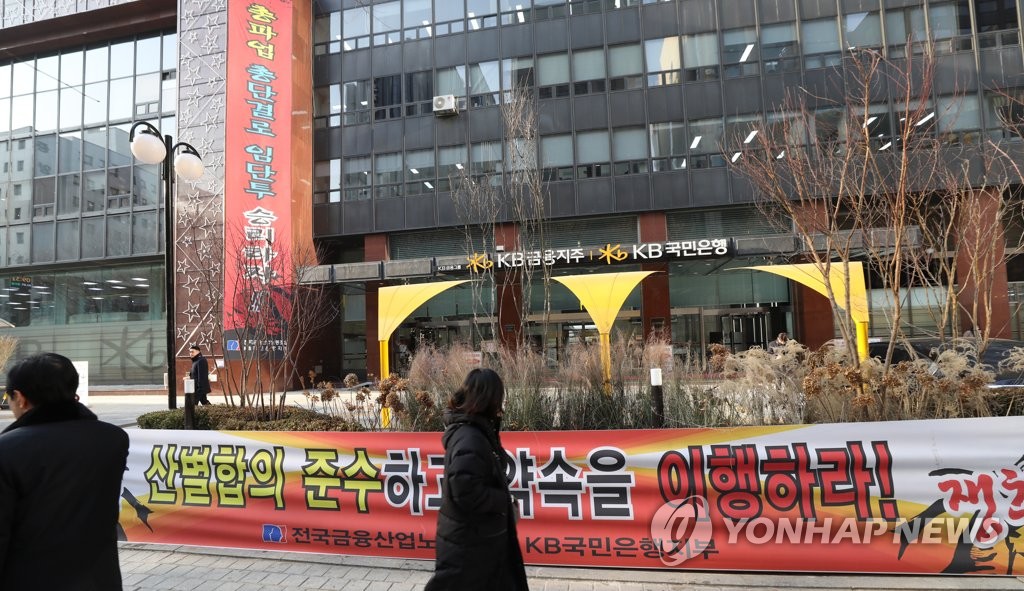