In a meeting held at his office Cheong Wa Dae with 200 small and medium-sized business leaders, the president said the government will spend a large portion of its 20 trillion won (US$17.9 billion) research and development fund on helping small and medium-sized enterprises (SMEs) and venture firms this year. 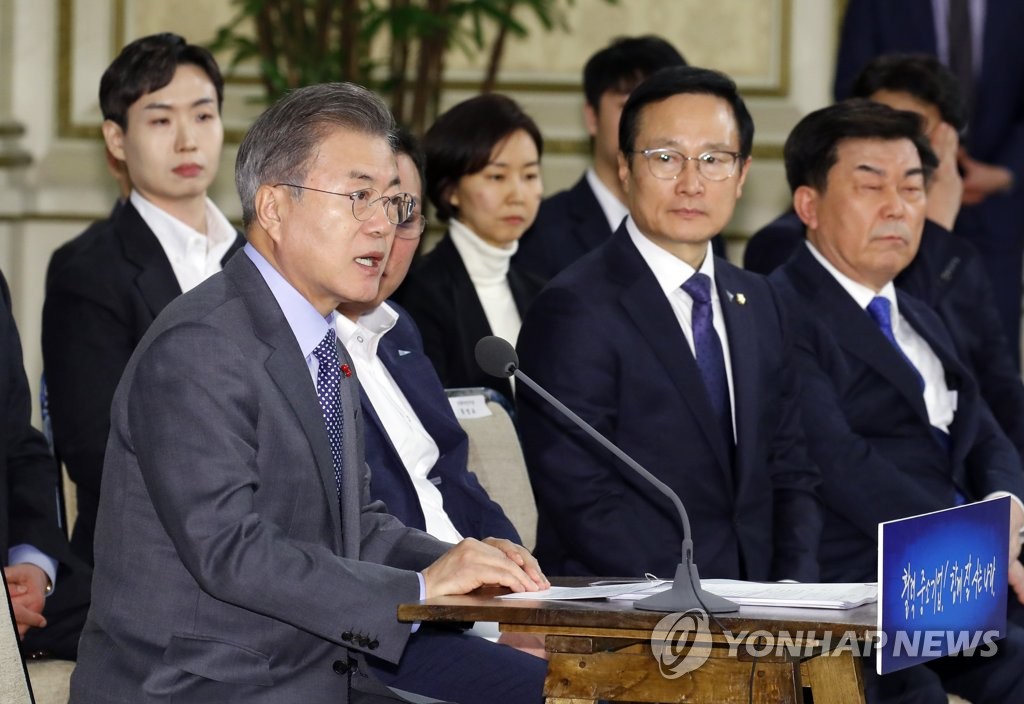 "SMEs and venture firms are the key players in the people-oriented economy our government is pushing to build," the president told the meeting, according to Cheong Wa Dae pool reports.

"The most urgent issue is creating jobs, and SMEs, which account for more than 80 percent of total employment, must help," he added.

Moon noted Monday's meeting carried special meaning since it followed two earlier events where the president highlighted the importance of SMEs and startup companies in the economy.

The president held his first meeting of the year with business leaders at the headquarters of the Korea Federation of SMEs. He also made a rare field trip to a collaborative workspace for new startups, known as Makerspace, late last week.

"I had the leaders of SMEs and venture firms be the first to be invited to Cheong Wa Dae in the new year," the president said, adding he planned to hold separate meetings with those from large conglomerates and labor circles in the future.

"I wish this year will be when SMEs and venture firms, as well as small shop owners and self-employed business people, will help revitalize our economy," said Moon, according to the pool reports.

To this end, more than 4 trillion won will be provided to new startups and venture firms this year, while an additional 1.1 trillion won has been earmarked as R&D funding for SMEs only, the president added.

"Now is a great time to invest and start developing new products. I ask you to explore more investment and business opportunities this year," he said.