The 16th edition of the ice fishing festival kicked off Saturday on a frozen river in the remote mountainous county of Hwacheon, about 120 kilometers northeast of Seoul, for a 23-day run.

On the opening day, 140,000 people flocked to the festival, with the number of visitors reaching 120,000 on Sunday, according to a preliminary tally by the county office. 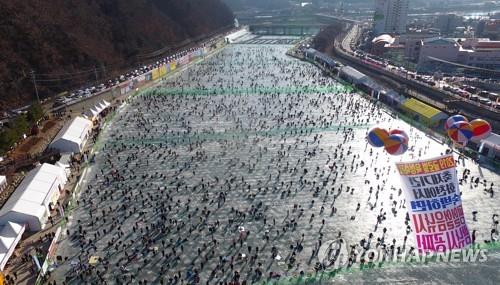 The number of foreign tourists was estimated at 14,000 over the weekend.

Despite the cold wave that sent the mercury to minus 10 C, cars were bumper-to-bumper on roads leading to Hwacheon, which borders North Korea.

Clad in thick winter clothes, families and foreign tourists flocked to Hwacheon Stream for ice fishing for "sancheoneo" -- a species of trout known to live only in very clean fresh water. They were keen to fish for trout as long as one's forearm through 21,000 holes pierced in a 2.1-kilometer section of the frozen stream. 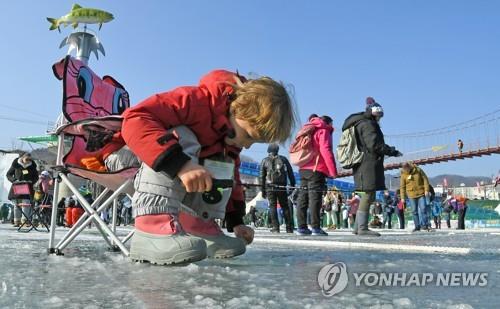 The festival also features various outdoor activities, including barehand fishing, a sled contest and a site to meet Santa Claus.

Many tourists visited an ice sculpture square near the festival site. The festive mood continued into the night, with 27,000 lanterns lighting up Seondeung Street in the rural county. 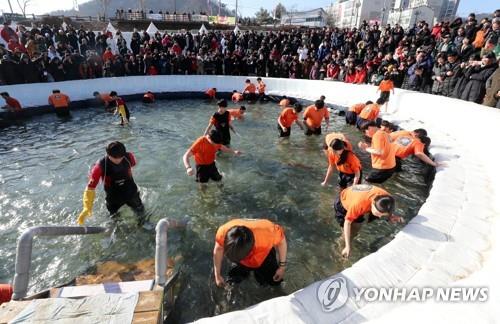 In order to coax more tourists to stay overnight, the organizer has offered more diverse night programs, including night fishing.

A county official said it has prepared more diverse programs befitting the festival's global status, with special focus given to safety. 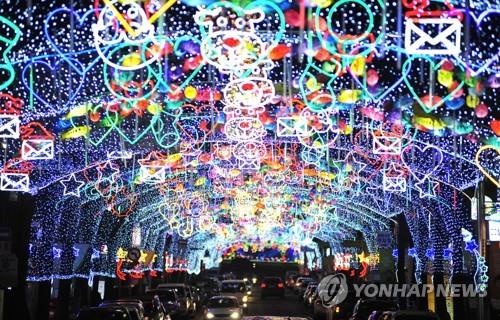