Lee Kang-chul, named skipper of the KT Wiz of the Korea Baseball Organization (KBO) in October, said only three pitchers will have set roles going into spring training. They're the Wiz's two new foreign pitchers, William Cuevas and Raul Alcantara, and their No. 1 overall pick from last year's draft, right-hander Rhee Dae-eun.

"With a starter, Ko Young-pyo, beginning his military service soon, we'll have to rebuild our pitching staff from scratch," Lee told Yonhap News Agency. "This is not a complete ball club yet. My top priority will be to establish a strong identity for our team." 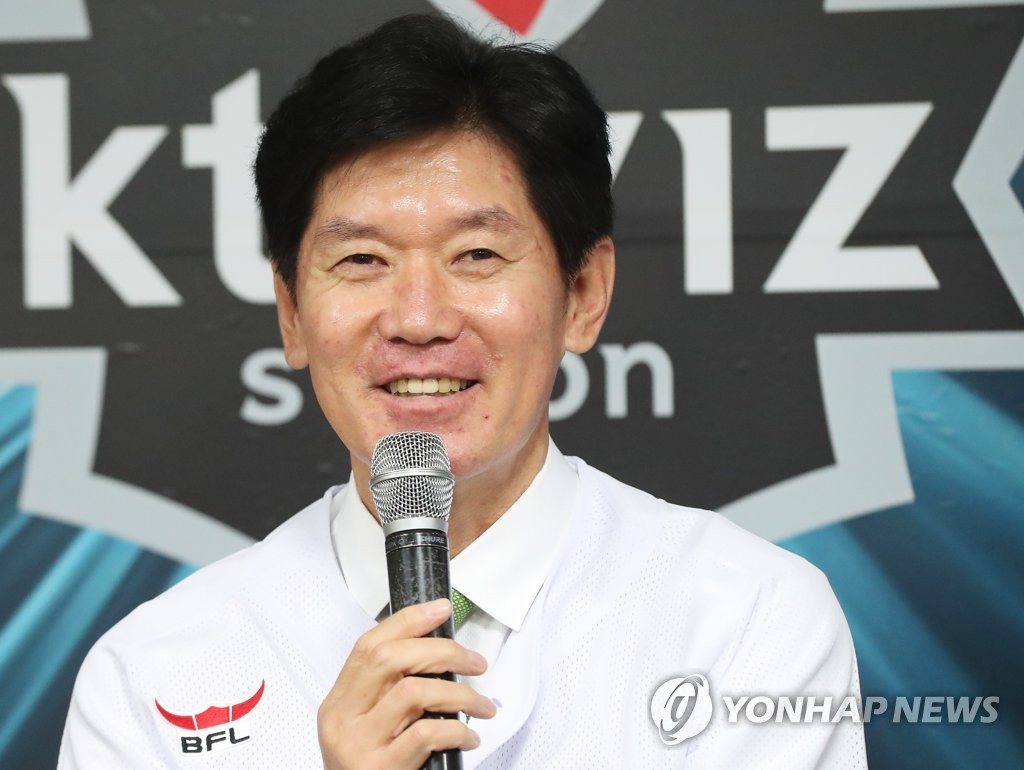 And Lee's remaking of the staff may well include unleashing Kang Baek-ho on the mound. The 19-year-old excelled as a power pitcher and a slugging catcher in high school, but during his rookie season in 2018, then-manager Kim Jin-wook used Kang exclusively as a hitter and put him in the outfield.

The move paid huge dividends, as Kang won the Rookie of the Year award in a landslide after leading all freshmen with 29 home runs and 84 RBIs in 138 games.

But Kang also showed flashes of pitching brilliance during the All-Star Game, touching 150 kilometers per hour (93.2 miles per hour) while striking out both of the batters he faced in relief.

"I've heard a lot of talk (about Kang possibly pitching in a game)," Lee said. "I think there's some substance to those talks. I'll put some thought into that idea."

Lee, 52, is already the third manager for the Wiz entering their fifth season in the KBO. They finished dead last among 10 clubs in each of their first four years, winning 50, 53 and 52 games, before moving out of the cellar last year with 59 wins for ninth place.

The former star submarine pitcher from the 1990s had been a pitching coach and a bench coach for three different franchises before taking over the Wiz for his first managerial job. He signed a three-year contract, but Lee's predecessor, Kim Jin-wook, was fired with one year remaining on his three-year deal.

These are desperate times for the Wiz, and they will call for desperate measures, which may include turning Kang into the KBO's version of Shohei Ohtani, the Los Angeles Angels' two-way star who won the American League Rookie of the Year honors in 2018 thanks to gaudy pitching and hitting numbers.

"I have to see how the players perform during camp and decide how we'll use them," Lee said. "Nothing is set in stone. We have a lot of young arms, and the key is to put them in spots where they can succeed."