SEOUL, Jan. 7 (Yonhap) -- South Korean shares ended higher Monday on renewed appetite for risk assets following a dovish turn by the Federal Reserve and an easing of monetary policy in China. The won rose against the dollar.

Institutional investors and foreigners bought a combined 219.2 billion won worth of stocks, giving a boost to the KOSPI index. But individuals sold a net 204.23 billion stocks.

Demand for the dollar fell as Fed Chairman Jerome Powell said the central bank needs to be flexible in policy decisions this year to ease market worries about a slowdown. It led to an increased appetite for risk assets in emerging markets, analysts said.

They expect the Korean stock market will be directly affected by the outcome of the trade negotiations between the world's two biggest economies in coming months.

Bond prices, which move inversely to yields, closed down. The yield on three-year Treasurys rose 1.0 basis point to 1.807 percent, and the return on benchmark five-year government bonds climbed 1.1 basis points to 1.877 percent. 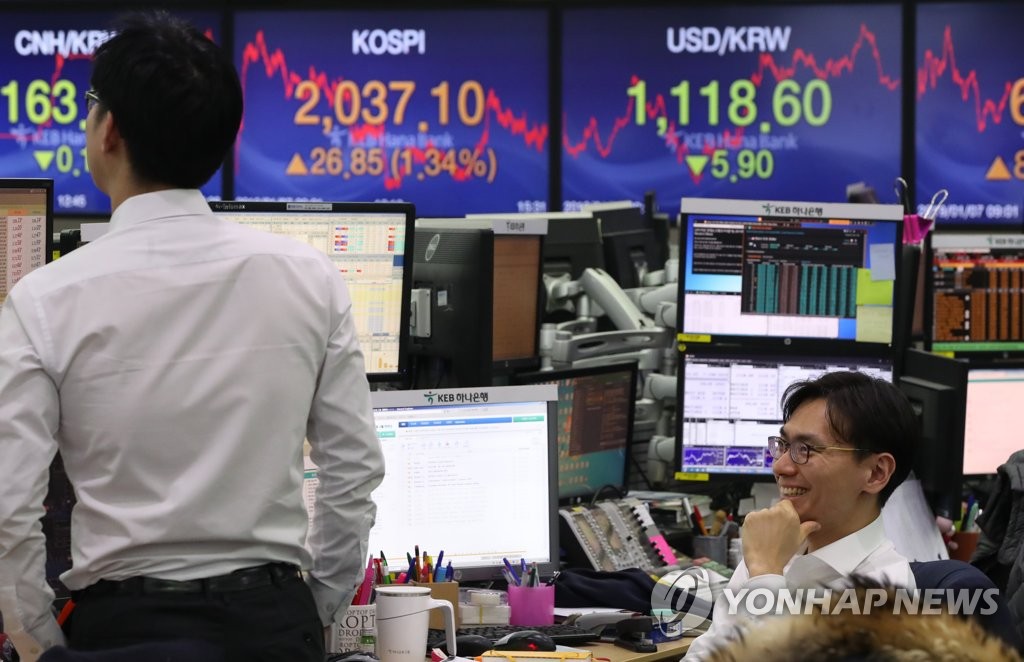