ROME, Jan. 7 (Yonhap) -- The North Korean Embassy in Rome, which has been shrouded in silence since a report on its former acting ambassador's disappearance hit newsstands last week, broke the silence by posting several photos of its leader Kim Jong-un and inter-Korean summits on its empty bulletin board on Sunday.

On Thursday, the Seoul-based JoongAng Ilbo newspaper reported that Jo Song-gil had applied for asylum to a Western country. Later in the day, South Korean lawmaker Kim Min-ki also cited the National Intelligence Service as saying in a closed briefing that the 44-year-old diplomat, who was dispatched to Rome in May 2015, has been missing since early November, ahead of the end of his stint at the end of that month. Jo, the mission's first secretary, temporarily took up the acting ambassador post in October 2017 after Italy expelled then-Ambassador Mun Jong-nam, citing the North's sixth nuclear test in September that year. 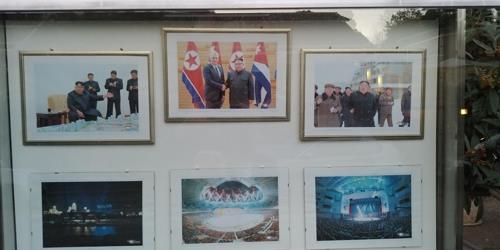 Set up next to the mission's main gate, the board carried six photos featuring the North Korean leader's recent activities, including a meeting with Cuban President Miguel Diaz-Canel, who visited Pyongyang in November.

Notable was that three of the photos were related to summit talks held between the leaders of the two Koreas in Pyongyang in September, showing events marking the historical summit.

"The posting of the celebratory event photos can be designed to support Kim Jong-un's New Year's message that expressed a will to expand and develop inter-Korean cooperation and exchanges in a full-dressed way," a diplomatic source here said.

Up till now, the embassy has not responded to reporters' visits or calls. 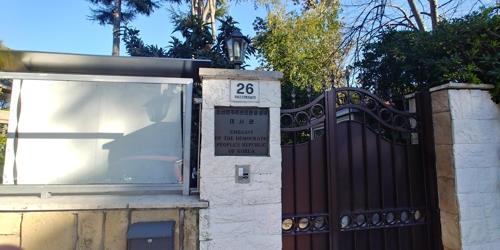