GWANGJU, Jan. 7 (Yonhap) -- A regional court issued a writ Monday to compel former President Chun Doo-hwan to testify in court in a libel case over accusations that he, in his memoir, defamed victims of his brutal crackdown on a 1980 pro-democracy uprising.

The Gwangju District Court granted the subpoena against the 87-year-old Chun, after he refused to attend the hearing, citing health conditions.

On Sunday, his lawyer said Chun has a cold and a high fever and was not able to travel from Seoul to Gwangju for the trial. Chun did not appear in the courtroom on Monday.

His lawyer said the former president has no intention of evading the court proceedings.

Chun, who served as president from 1980 to 1988, was indicted in May last year on charges that his memoir defamed victims of his 1980 crackdown on a pro-democracy revolt in Gwangju.

He is accused of libeling late activist priest Cho Chul-hyun, who said he witnessed the military firing at citizens from helicopters during the bloody suppression of the protests against Chun's rule.

Chun denied the claim in his memoirs published in early 2017. He called Cho "Satan wearing a mask" and claimed what he said was a flat-out lie.

Prosecutors began an investigation after a relative of Cho filed a complaint. If convicted, Chun could face up to two years in prison or up to 5 million won (US$4,550) in fines.

The court has rescheduled or canceled the court hearing because he decided to not show up. His lawyer has told the court that Chun has Alzheimer's disease.

The former president then filed a petition demanding that the jurisdiction of his case be changed to Seoul from Gwangju where he "cannot be treated fairly." But the petition was not accepted.

Outside Chun's Seoul residence on Monday, some 200 protesters from conservative groups claiming to be Chun's supporters, staged a rally against the court decision, shouting that "trying to punish (Chun) for what he did 38 years ago is a witchhunt." 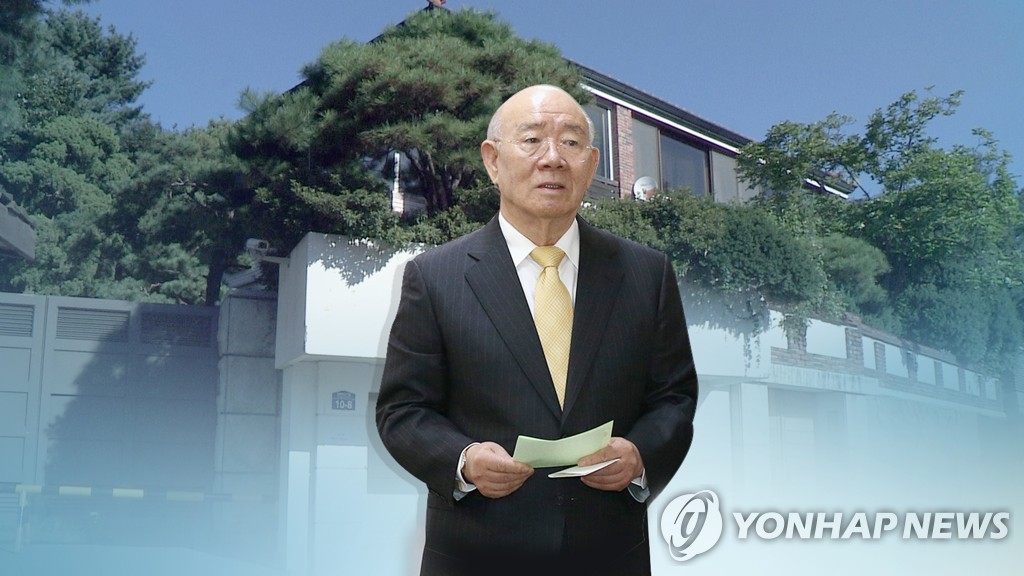