SEOUL, Jan. 7 (Yonhap) -- The government unveiled Monday a plan to modify the decision-making process for setting the minimum hourly pay rate, in an apparent move to assuage criticism over its recent increases.

Under the draft plan announced by the Ministry of Employment and Labor, the Minimum Wage Committee -- a trilateral panel of business and labor representatives and outside experts in charge of deciding on minimum hourly pay -- will have two subcommittees tasked with setting the legal upper and lower thresholds and deciding on the actual rate, respectively.

The government will stop making recommendations for outside members, who hold the casting vote in the final decision, to dispel concerns the government is exerting pressure through them.

This will help better ensure the committee's independence and objectivity in deciding on the minimum wage, which has increased by 30 percent since the Moon Jae-in government took office in 2017, the ministry said.

The Moon government is seeking to raise the minimum wage to 10,000 won (US$8.9) by 2020, a key election pledge by the president. Yet the rapid increase has sparked a strong backlash from businesses, especially small and self-employed shop-owners, who have complained of ballooning labor costs.

President Moon Jae-in has indicated willingness to slow down the pace of minimum wage hikes, given the growing concerns amid a slowing economy.

But his government has made it clear that it will not back away from its push for labor reform.

It approved a bill last week to amend a labor statute regarding the calculation of the minimum wage that signals an eventual increase in labor expenses for companies. 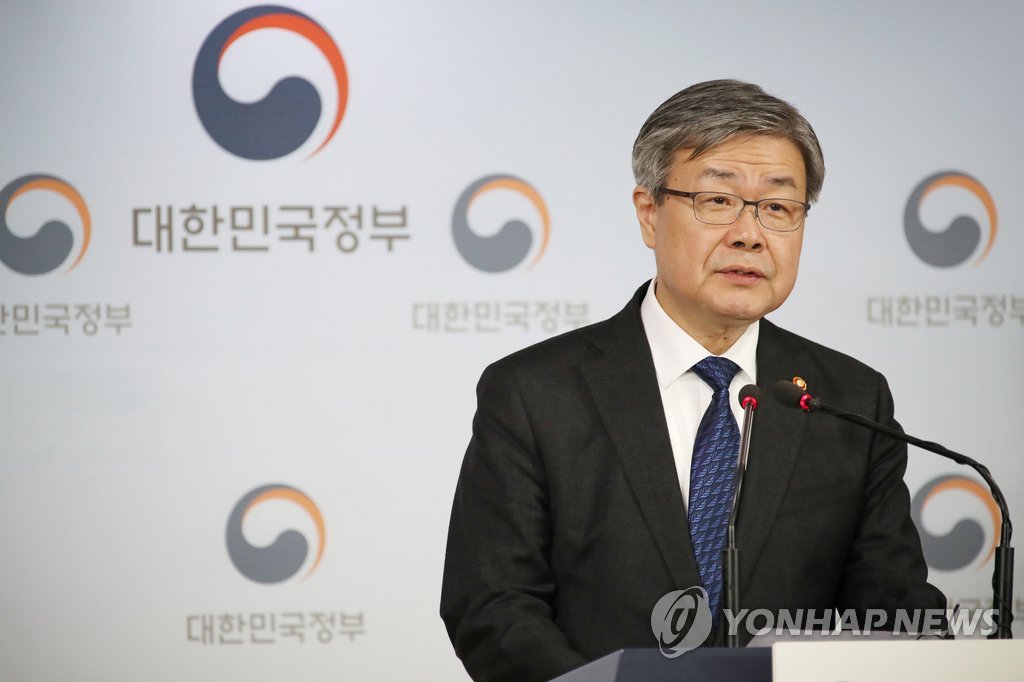