"We are negotiating a location," he told reporters Sunday. "It will be announced probably in the not too distant future."

He was referring to a plan to meet again with North Korean leader Kim Jong-un.

They met in Singapore in June last year for a historic summit between the two countries that fought against each other in the 1950-53 Korean War. 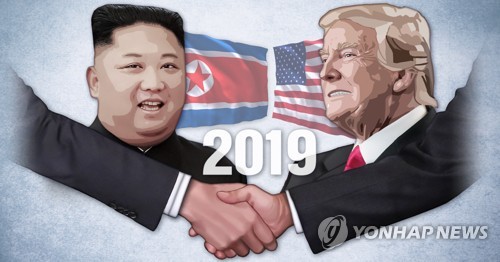 Trump and Kim are widely expected to hold another summit in the near future, though no schedule has been announced.

Trump pointed out that military tensions with Pyongyang have been sharply reduced.

"There's no rockets. There's no anything. We're doing very well," he said, adding he has spoken with Kim "indirectly."

"And now we have a very good dialogue going. Very good," he said.
(END)