South Korea sweated out a 1-0 win over the Philippines in Group C at Al Maktoum Stadium in Dubai, with forward Hwang Ui-jo delivering the lone goal in the 67th minute. 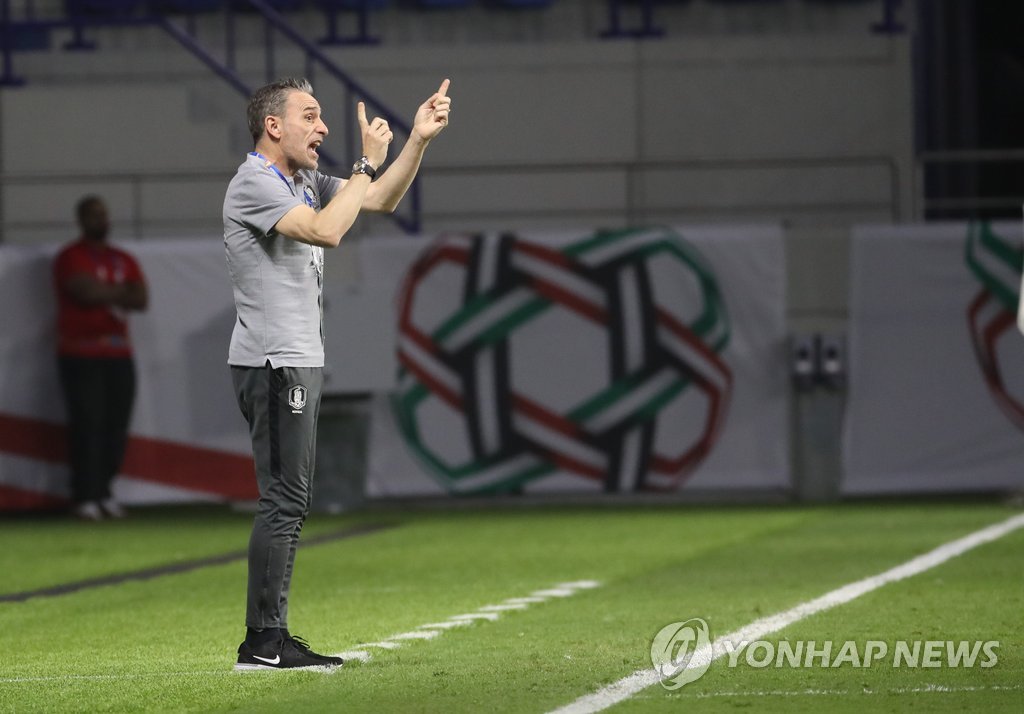 Next up for South Korea will be Kyrgyzstan in Al Ain on Friday, followed by China on Jan. 16 in Abu Dhabi. Kyrgyzstan lost to China 2-1 earlier Monday. Another win will all but guarantee South Korea a spot in the round of 16, open to the top two teams from six groups plus four-best third-place teams.

South Korea are the highest-ranked team in the world in Group C at No. 53, but had trouble generating much offense against the 116th-ranked Philippines. Bento said his team predictably controlled the match but failed to find much space against the tight defense.

"We managed to find some room after Hwang Ui-jo's goal and created opportunities to score more," Bento said. "We earned an important victory."

Bento said he has completed his analysis of all group opponents, though it's difficult to predict whether the 91st-ranked Kyrgyzstan will be willing to sit back on defense like the Philippines or will come out attacking because they'll need three points to stay alive in the tournament.

"Ultimately, how we play will be more important than the opponents' strategies," the coach said. "And our approach won't change from opponent to opponent. We'll have to come up with ways to create space against defensive teams."

Monday's win may have come at a cost for South Korea. Veteran midfielder Ki Sung-yueng, the team's field general, left the match in the 58th minute with an apparent injury. Bento said he had yet to get the final word on Ki's condition from his medical staff. 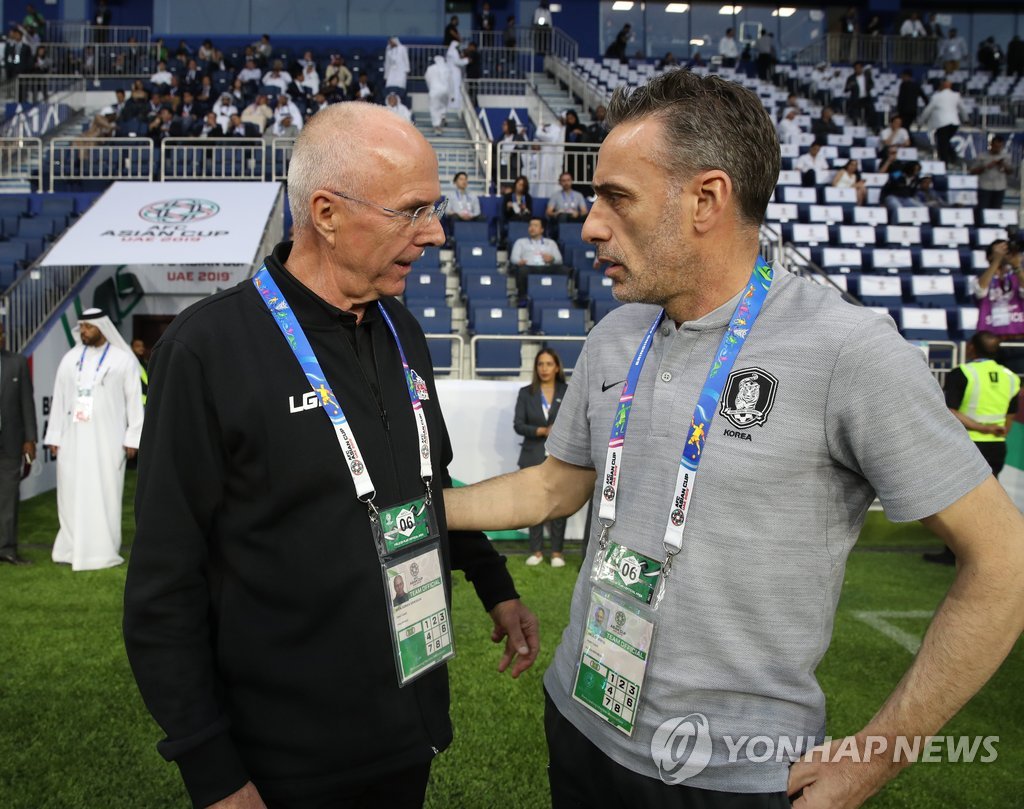 "We can't worry about players with yellow cards. We have to get ready for our next match," Bento went on. "We have to get three points against Kyrgyzstan to make it out of the group stage with ease."

Bento said South Korea must be more precise on their attack, and he can hardly wait for a reinforcement to arrive in the form of Son Heung-min.

The in-form forward for Tottenham Hotspur is scheduled to join the national team next week. The Spurs worked out a deal with South Korea, so that Son would represent his country at the Asian Games in Indonesia last summer but would sit out a couple of November friendlies at the first two group matches at the Asian Cup.

Bento said Son, who has netted seven goals and set up five others in his past six matches, can have a huge impact on South Korea's attacking style.

"He can break down the opponents in front of the net, and I hope he'll be able to help the team in great condition starting in the China match. We want to accomplish our first goal of getting past the group stage without Son in the second match."