The Korean-American said on Twitter that he will be stepping down Feb. 1 after serving in the position since 2012.

"It's been the greatest privilege I could have ever imagined to lead the dedicated staff of this great institution to bring us closer to a world that is finally free of poverty," he wrote.

The World Bank said in a statement that Kim will "join a firm and focus on increasing infrastructure investments in developing countries." Details will be announced shortly, it said.

The 59-year-old former medical doctor will also rejoin the board of Partners in Health, an organization he co-founded more than 30 years ago, and continue to work in various roles at Brown University, his alma mater.

He served as president of Dartmouth College from 2009 to 2012, becoming the first Asian-American president of an Ivy League institution.

World Bank CEO Kristalina Georgieva will succeed Kim in an interim role upon his departure. 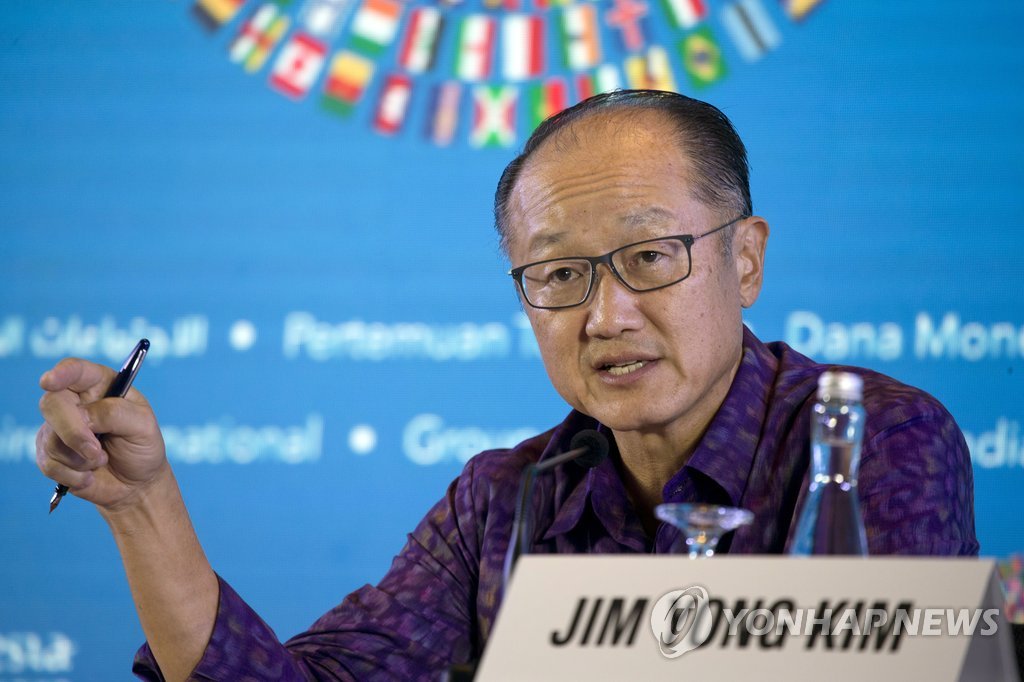