SEOUL, Jan. 8 (Yonhap) -- South Korea's current account surplus narrowed to a seven-month low in November from a year earlier due to a decrease in the goods account, central bank data showed Tuesday.

The country's current account surplus came to US$5.06 billion in November, down from $7.43 billion a year earlier, according to the preliminary data from the Bank of Korea (BOK).

The tally marks the 81st consecutive month of the balance being in the black, but it represents the smallest surplus since April when it hit a six-year low of $1.77 billion.

The goods account surplus declined to $7.97 billion in November from $11.46 billion a year earlier due to a rapid gain in imports amid rising oil prices.

Exports brought about $51.72 billion in surplus in November, up 0.5 percent from a year earlier. The central banks said the on-year growth sharply slowed down from the 28.8 percent on-year expansion tallied in October as prices of South Korea's key export items like semiconductors and petrochemical goods started to drop.

"A clear slowdown in overseas sales of semiconductors led the decline," said Roh Chung-seak, a director of the statistics division at the BOK. "Based on customs data, exports of chips grew 11.7 percent in November, compared to 33 percent during the January-November period. And they landed in negative terrain in December."

"The central bank earlier expected that South Korea's growth of outbound shipments will slow down to 1.3 percent in 2019 from 5.5 percent in 2018," he said. "We can feel the slowdown in December, when exports declined 1.2 percent."

The services account deficit fell to $2.29 billion from a deficit of $3.27 billion a year earlier as the number of foreign arrivals jumped 23.5 percent on-year to 1.35 million in November.

The number of departures edged up 3.1 percent to 2.3 million. 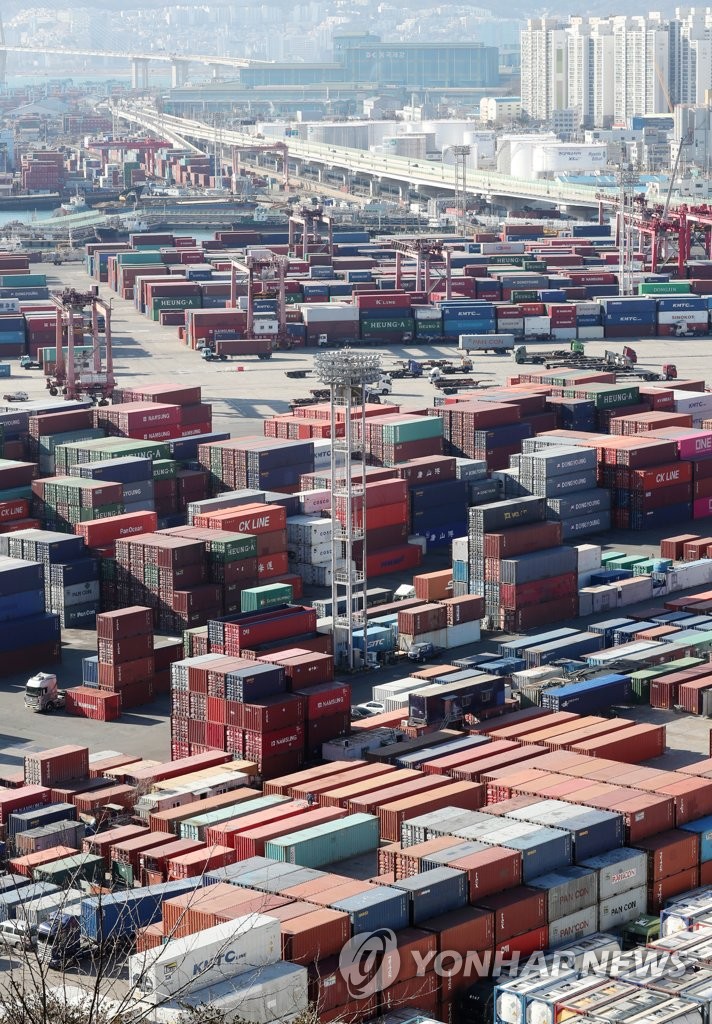