As of end-November, the major lender had 31.1 million customers, some 60 percent of the country's total population. 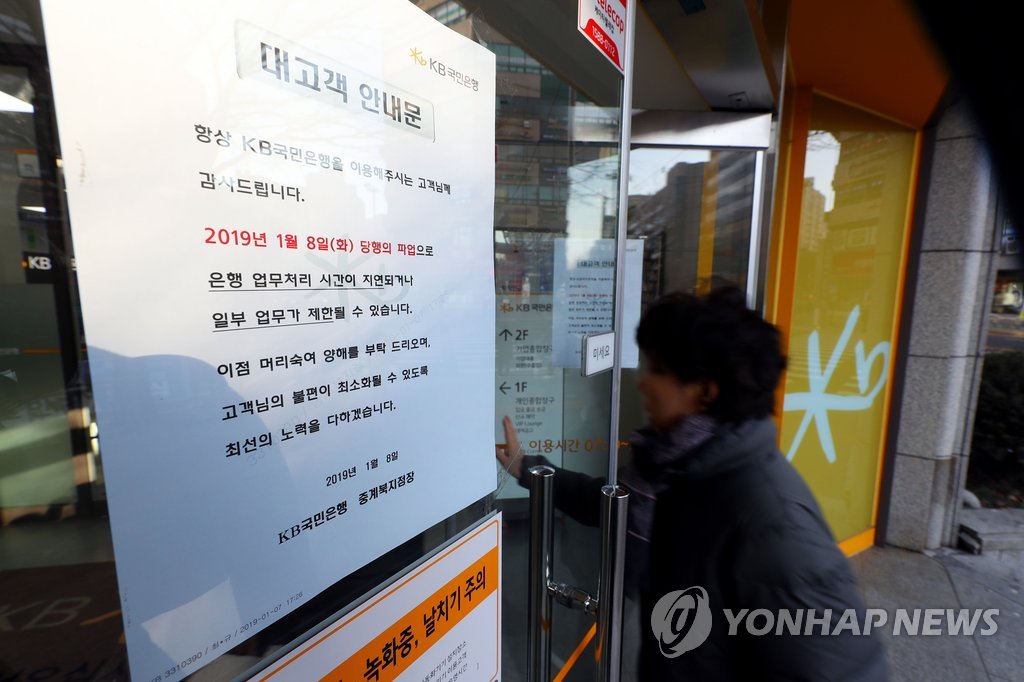 The two sides have not budged an inch over the introduction of the wage peak system in which employees get reduced salaries for several years just before retirement.

While the union calls for the starting age for the wage peak system to be delayed by one year, the management has insisted on a swifter introduction, as well as the unification of the rules for senior and junior employees. Currently, managerial-level workers have to accept their wage peak period occurring several months sooner than rank-and-file employees.

"Since October last year, we've had more than 10 rounds of negotiations till today. But the management has simply insisted on its own positions," union leader Park Hong-bae said.

The labor union has vowed to launch several more rounds of such short-term strikes unless an agreement is reached with management. With detailed plans being made, a two-day walkout is planned starting Jan. 31. 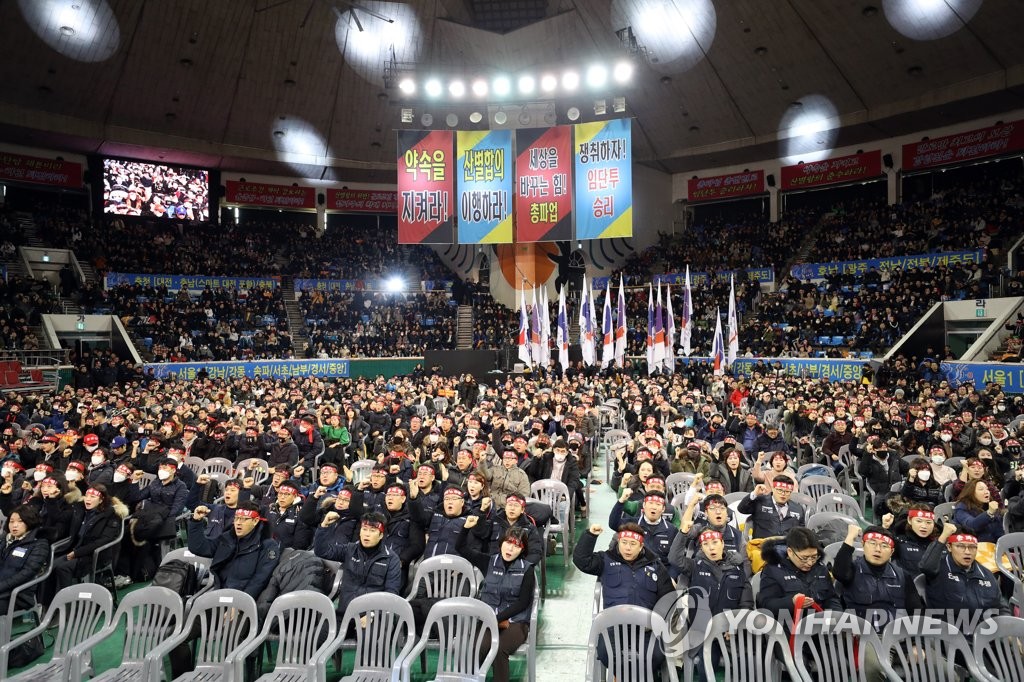