SEOUL, Jan. 8 (Yonhap) -- The unified men's Korean handball team will make its historic debut at the world championships in Germany this week.

Korea will face co-host Germany in the opening game of the International Handball Federation (IHF) World Men's Handball Championship at 6:15 p.m. Thursday in Berlin (2:15 a.m. Friday in Seoul). Denmark is the other host country of the tournament, which will run through Jan. 27.

South Korea is No. 19, and North Korea isn't ranked. 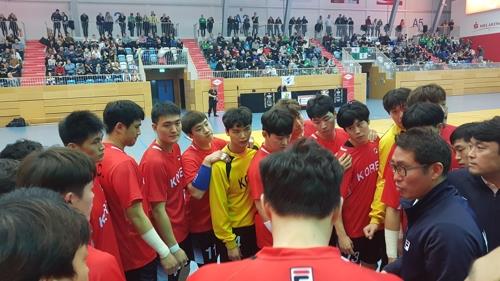 On paper, Korea looks to be the heavy underdog in Group A. France is the two-time defending champion, while Germany will go for its first title since winning on home soil in 2007.

Groups B, C and D each have two nations ranked lower than South Korea, whose best world championship performance was an eighth-place finish in 1997.

South Korea earned the world championship spot this time by finishing third in the Asian championships last January. The two Koreas agreed to combine their teams in November.

South Korean Cho Young-shin is the head coach of the joint team, made up of 16 South Koreans and four North Koreans. Those 20 players started training together in Berlin on Dec. 22. They had an open training session last Friday, and played local clubs in practice matches on Saturday and Monday.

The opening match will be attended by Jong Bum-goo, South Korea's ambassador to Germany, and Pak Nam-yong, Pyongyang's top envoy to the country, among other luminaries. 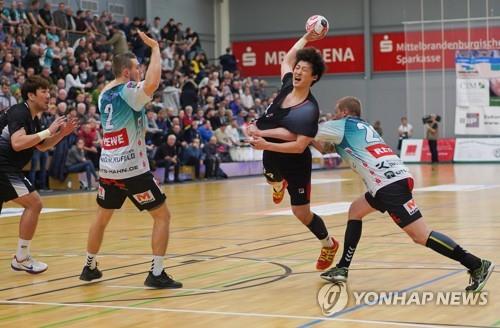