SEOUL, Jan. 8 (Yonhap) -- As many as eight in 10 South Koreans have experienced exposure to secondhand smoke from neighbors, but most of them refrained from making complaints, a poll showed Tuesday.

The survey of 1,542 residents in Gyeonggi Province, the nation's most populous province that surrounds Seoul, found that 1,197 respondents, or 78 percent, have suffered indirect damage from smoking by their neighbors. 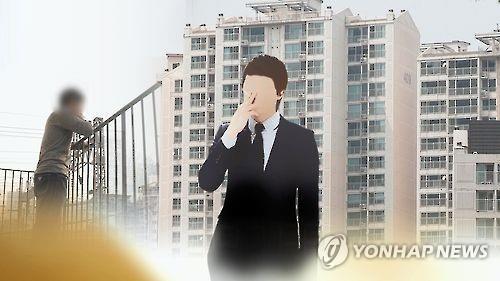 The poll was conducted by the Gyeonggi Provincial Government from Dec. 21-27 on its online site.

Despite the inconvenience, however, 62 percent of them said they had not taken any action against cigarette-smoking neighbors.

Twenty-one percent filed a complaint with their apartment house management office, while only 8 percent said they tried to talk to the smokers but to no avail.

Meanwhile, 91 percent of the respondents said they have suffered from passive smoking in public places and facilities, with 88 percent of them describing their damage as "serious."

The respondents urged smokers and state and local governments to play a greater role in reducing damage from secondhand smoke.

"We were able to understand the extensive damage from passive smoking through the latest survey. The government will map out measures to help reduce public damage from secondhand smoke," an official at the provincial government said.