SEOUL, Jan. 8 (Yonhap) -- The defense chiefs of South Korea and the United States agreed Tuesday to maintain a robust alliance and combat readiness in supporting diplomacy for denuclearization and a peace regime, Seoul's defense ministry said.

In their phone talks, Defense Minister Jeong Kyeong-doo and acting Defense Secretary Patrick Shanahan "reaffirmed that South Korea and the U.S. will maintain the alliance and combined defense posture unshakably in any change of conditions," according to the Ministry of National Defense.

They noted that the allies have successfully cooperated to back up peace efforts and agreed to keep the "momentum" going forward, it added.

The ministry said Jong and Shanahan spoke to each other with a "very friendly and amicable feeling." 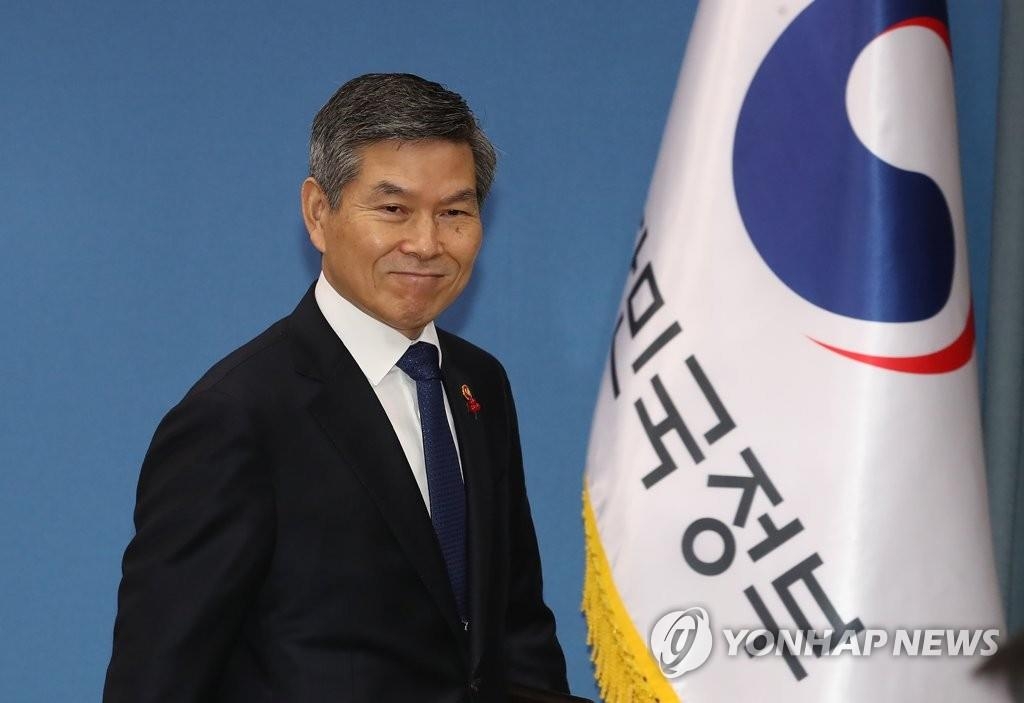 Shanahan has been leading the Pentagon since last week, as Jim Mattis left the post in December.

He became deputy secretary of defense in July 2017, having worked at Boeing for three decades.