With the addition of the new route, the budget carrier will fly to 45 destinations -- 41 international routes and four domestic ones. The airline will have a fleet of 30 planes composed of 26 twin-engine B737-800s and four more B737 MAX 8s by the end of this year, a company spokeswoman said. The Max 8s are more fuel-efficient compared to other planes in its size class.

Established in August 2010, the carrier has been expanding its operations by adding routes to Japan and Southeast Asian countries. 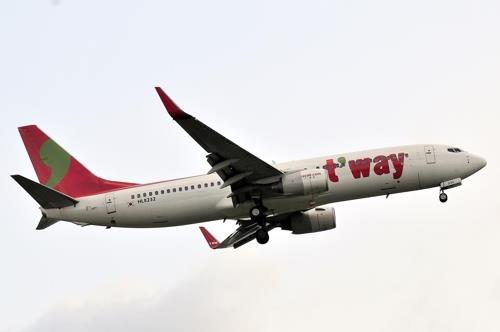 T'way Air to open route to Nha Trang in Feb.

T'way Air to open route to Nha Trang in Feb.