SEOUL, Jan. 8 (Yonhap) -- Under a new corporate sponsorship, South Korean baseball club Kiwoom Heroes said Tuesday that they will unveil their uniform and logo for the 2019 season in a ceremony next week.

Some of the Korea Baseball Organization (KBO) club's stars, including two former regular season MVPs, Park Byung-ho and Seo Geon-chang, will trot out new jerseys in the ceremony in Seoul at 11 a.m. next Tuesday. It will also be attended by the rest of the team, employees and executives of Kiwoom Securities and KBO officials, the Heroes added.

In exchange for the naming rights, Kiwoom will pay out 10 billion won (US$8.9 million) per year.

The Heroes said the team's slogan for the 2019 season will be "New Heroes, Kiwoom Heroes."

The Heroes, which play out of Gocheok Sky Dome in western Seoul, joined the KBO in 2008 in place of the cash-strapped Hyundai Unicorns. They were initially called the Woori Heroes, with the company Woori Tobacco holding the naming rights. 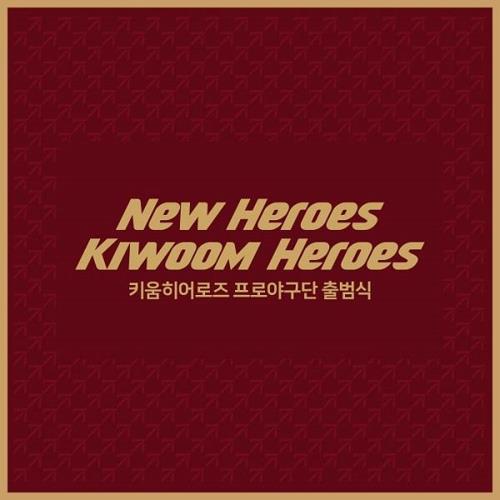